Desmond Tutu Grateful for India's Role in Liberation of SA 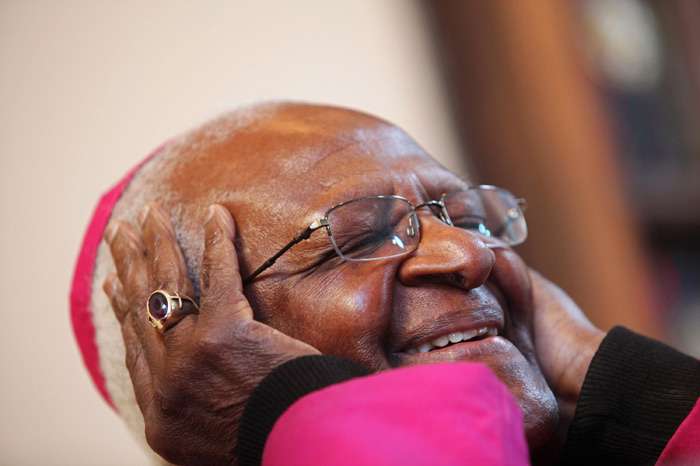 Print
A
A
A
increase text size
Outlook November 16, 2013 09:46 IST Desmond Tutu Grateful for India's Role in Liberation of SA

Nobel laureate Desmond Tutu expressed his gratitude to India for the role the country had played in the liberation of South Africa.

"India led the way to make the United Nations to impose boycott on South Africa. We owe a great debt of gratitude forthe support we had," he said at an international conference organised here by Soukya, a health centre.

Tutu lauded former South Africa President Nelson Mandela for relinquishing the policy of retribution and revenge andtreading the path of magnanimity of forgiveness and reconciliation, at the end of apartheid rule in his country.

"God has given us an extraordinary human being in the form of Mandela who was able to persuade people not to walk the path of revenge and retribution but the path of magnanimity of forgiveness and reconciliation, after the end of apartheid rule in South Africa," he said.

Tutu said those who carried the policy of dehumanising others were themselves dehumanised. Referring to caste system in India, Tutu said, "Whether you like it or not. The way you treat one another has repercussions for each one of you."

He also hoped for a new revolution where Syrians, Somalians, Palestinians and others realised they belonged to one family to make the world beautiful.