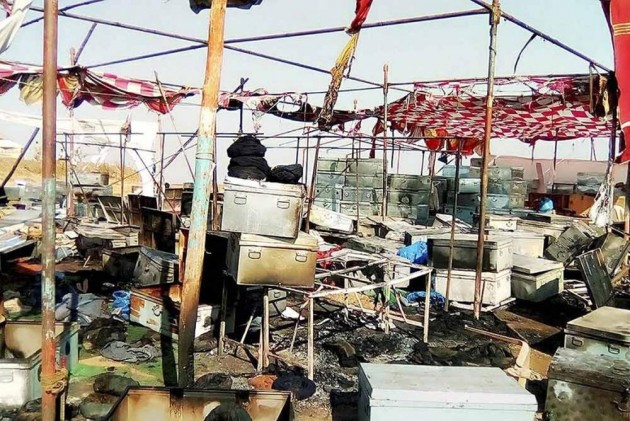 Print
A
A
A
increase text size
Outlook March 15, 2017 16:02 IST Designer-Duo In A State Of Shock After Costumes Torched On Bhansali's Padmavati Sets

Designer duo Rimple and Harpreet Narula are in a state of shock after the costumes of their upcoming Sanjay Leela Bhansali-directed "Padmavati", on which they worked on for months, were torched on the sets of the movie in Kolhapur.

The shooting of the Deepika Padukone-Ranveer Singh starrer was underway at Mhasai Pathar, when a group of around 15-20 people came to the set in the wee hours today and torched the costumes and the animal feed kept there.

Calling the incident "unfortunate", Rimple says both she and Harpreet are heart-broken as they could never imagine something like this could happen.

"Something so unfortunate has happened because of illiteracy in our country. There is so much hard work that was put into making the clothes. We will work day and night and make up for the damages, but morally we are are very low. We are broken sentimentally. For creative people like me, Harpreet and Mr Bhansali, it is very shocking," Rimple told PTI.

It is second such incident for the film. In January this year, some members of a Rajput community group, Karni Sena, had assaulted Bhansali in Jaipur for allegedly presenting "distorted facts" in "Padmavati".

Rimple says she fails to understand why people are vandalising the sets despite the assurance by the makers that the film is not distorting history. 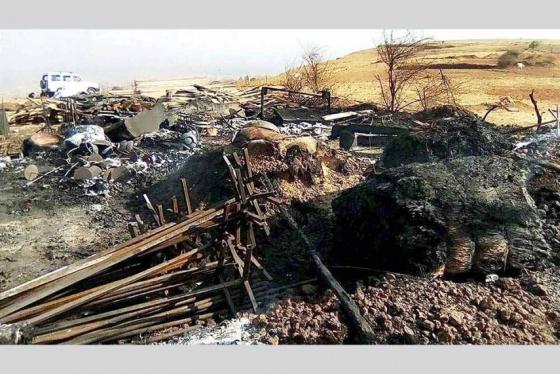 "The CEO and Mr Bhansali have released so mnay statements saying that there is nothing in the film which is distorting history. But still some sections don't understand."

The designer says she is constantly in touch with Shobha Sant, who is the CEO of Bhansali films, and they are trying to gauge the damage. Rimple says as far as her knowledge the costumes for the junior actors have been burned to ashes.

"There has been a huge monetary loss. Almost all the junior actors' costumes have been burned to ashes. As far as seniors are concerned, I am yet to get a check on that. I am unable to contact too many people because the network is bad in Kolhapur."

Rimple says she has deliberately not spoken to Bhansali about the incident as he is going through a lot emotionally.

"Mr Bhansali was recuperating from the Jaipur incident and then this happened. He held himself strong and continued this shoot. He never anticipated something like this to happen," she says.

The designer says because of such incidents and huge monetary loss, there will be a substantial delay in the film's shooting.