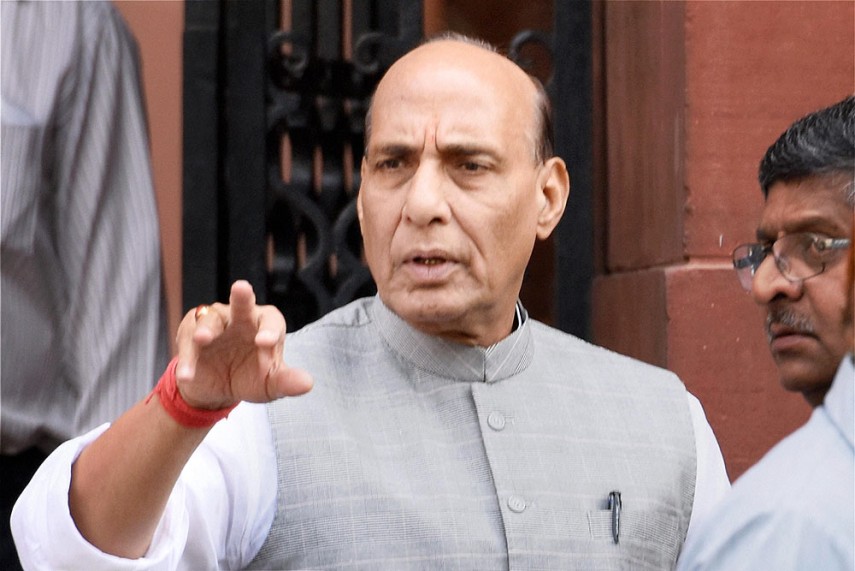 Hailing the Centre's move to demonetise Rs 1,000 and Rs 500 notes, Home Minister Rajnath Singh today said the action will bring probity in political and administrative works besides reducing the gap between rich and poor.

There are some hardships being faced by the people following the demonetisation but this will continue for a short time only as the government is putting in all efforts with full sensitivity to normalise the situation, he said.

"Naturally, this decision will result in curbing economic sources of corrupt and terrorists. It will also increase probity in political and administrative works," Singh said.

This move will also help in reducing the gap between rich and poor people, he said.

The Home Minister said the central government decided to demonetise Rs 1,000 and Rs 500 notes with an aim to rein in corruption, black money and terrorism.

"It is a historical and brave decision taken for national interest. Terrorism, extremism and naxalism will come down. Such decisions are taken by people who are doing politics not only for formation of government but also for society and nation building," he said.

Singh said the way people have welcomed the decision of demonetisation and provided cooperation and support, it is commendable.