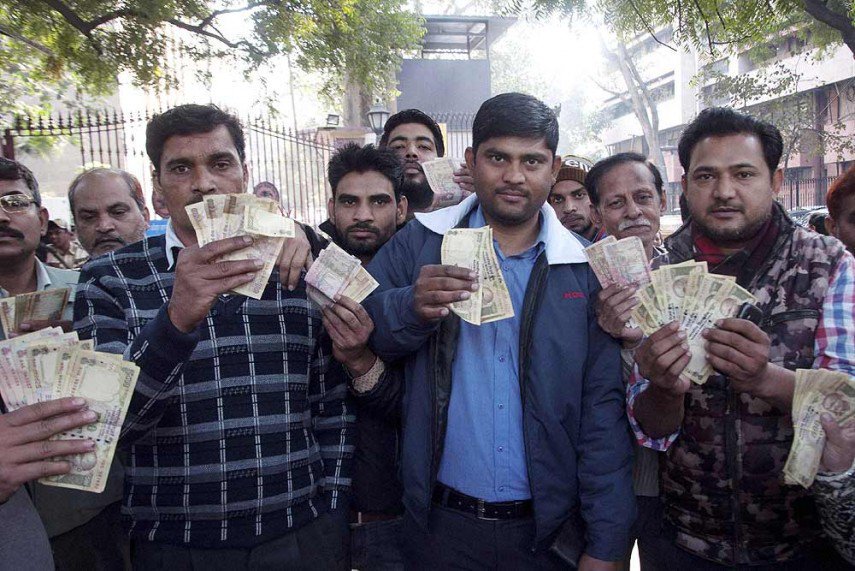 India's demonetisation led to huge cash shortages that have "adversely affected" consumption and like a "vacuum cleaner" it sucked in cash and then was slowly replacing the currency, a senior IMF official has said.

"You've heard about so-called 'helicopter drops' of money with unconventional monetary policies, so one way to characterise this demonetisation initiative is as a vacuum cleaner," Paul A Cashin, Assistant Director in the IMF's Asia and Pacific Department, and mission chief of India, told PTI.

"It's sucking in cash, withdrawing it from the economy, and then the vacuum cleaner is going in reverse, slowly replacing cash but as I said, at a fairly modest pace. That's led to a lot of cash shortages that have adversely affected consumption," Cashin said in response to a question as the IMF released its annual country-report on India.

Given the shortage of cash in the market, IMF in its report urged the Indian Government to continue to enhance the supply of new banknotes, and if needed consider extending or expanding targeted temporary exemptions, including on use of old banknotes, particularly for rural and remote areas.

"While the financial system is expected to weather the currency exchange-induced temporary growth slowdown, the authorities should remain vigilant given the potential further build-up of NPAs and elevated corporate sector vulnerabilities, and ensure prudent support to the economic sectors affected by the currency exchange initiative," the IMF said.

IMF said the repercussions from India's currency exchange initiative will likely persist through the first quarter of 2017.

Real GDP growth is projected to slow to 6.6 per cent in FY2016/17 and then rebound to 7.2 per cent in FY2017/18, due to temporary disruptions (primarily to private consumption) caused by cash shortages accompanying the currency exchange initiative.

"These effects are expected to gradually dissipate by March 2017 as cash shortages ease and would be offset by tailwinds from a favourable monsoon and low oil prices, and continued progress in resolving supply-side bottlenecks," it said adding that consumer sentiment remains strong, which will support near-term growth recovery as cash shortages ease.

This was replaced with a new series of Rs 500 and Rs 2000 currency notes, with an objective to unearth unaccounted wealth and eliminate counterfeit currencies from circulation.

In its report, the IMF said the currency exchange initiative and its associated cash shortages are weighing heavily on activity, and its impact on financial institutions should be monitored carefully.

Given the dominance of cash in everyday transactions, the decreased availability of cash and associated payment disruptions caused by the currency exchange initiative have strained consumption and business activity and the operations of the financial system, posing a new challenge to sustaining the growth momentum.

The supply of new banknotes in the first month following the initiative was insufficient, even as the authorities took multiple steps to ease the currency transition, the report said.

According to IMF, while the financial system is expected to weather the currency exchange-induced temporary growth slowdown, the authorities should remain vigilant to risks—in view of the potential further build-up of NPAs, including among private banks and elevated corporate sector vulnerabilities—and ensure prudent support to the affected economic sectors.