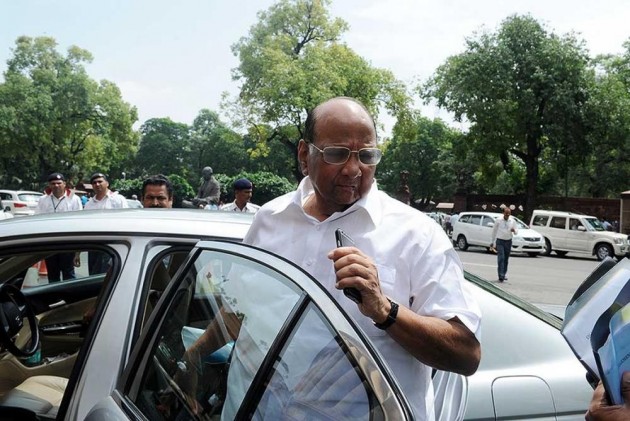 Making a zero hour submission in the Rajya Sabha, Pawar made a passionate plea to the government for allowing the old currency lying with district central cooperative banks (DCCBs) to be deposited with currency chests.

The presence of such huge quantity of demonetised currency is restricting the ability of DCCBs to lend, impacting agricultural credit in the rabi season, he said.

After the demonetisation on November 8, 2016, the government had barred DCCBs from accepting deposits of the junked currency or exchange them for new ones.

However, they were allowed to accept deposits of the junked currency or exchange through corrigendum dated November 9, 2016. Again on November 14, 2016, DCCBs were restrained from accepting or exchanging the old notes.

However, on November 17, 2016, Reserve Bank of India issued guidelines to Currency Chest Banks restricting them from accepting SBNs from DCCBs.

"Subsequently, the DCCBs have accumulated SBNs and are advised to retain them, till further instructions from the RBI. As a result, by November 17, 2016, DCCBs in India were still holding SBNs of more than Rs 8,000 crore and cooperative banks in Maharashtra are holding Rs 2,772 crore," he said.

Besides restricting the currency chests from receiving SBNs from DCCBs, the banks were also informed that the junked currency cannot form part of bank cash balances.

Pawar said DCCBs have to pay interest of at least 4 per cent on the deposits made between November 10 and 13. Also, few deposits were converted into term loans that command higher interest.

"This has a great impact on the rabi season crop loans disbursement," he said adding against the target of disbursing Rs Rs 13,500 crore loan, till date only Rs 4,000 crore or 33 per cent is disbursed.

The target of the rabi season in Maharashtra was Rs 4,400 crore, but the achievement is Rs 1,000 crore, which is just about 22 per cent.

Pawar said district cooperative banks are not in a position to use the money they have and it is not available for farming. "It is affecting the agricultural season."

He said he has written to the Prime Minister and the Finance Minister that the old notes lying with DCCBs be allowed to be deposited in currency chests.

His demand drew support from almost the entire opposition parties.