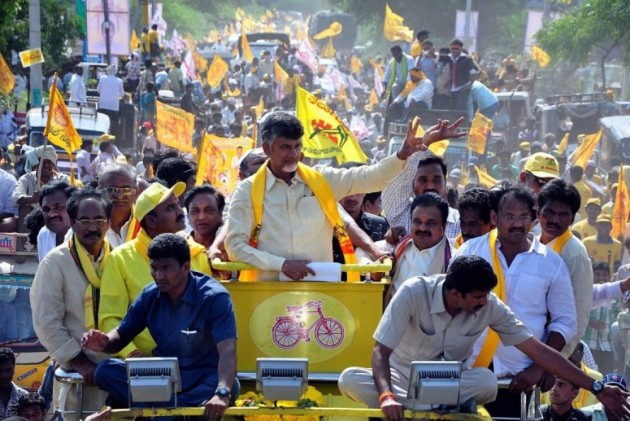 Andhra Pradesh Chief Minister N Chandrababu Naidu on Sunday said he was "pained" to see that the crisis caused by demonetisation persisted even after 12 days even as he commended the patience of the people for putting up with the difficulty.

He announced that the RBI has released Rs 2,000 crore worth currency in smaller denominations for Andhra Pradesh that should provide some relief to people from Monday.

"In my long political life, this is the first time I am seeing a crisis that remained unresolved for such a long period. It's painful that the crisis caused by demonetisation persisted even after 12 days. I am feeling impatient but it's commendable that the people are so patient," Naidu said.

"People, rich and poor alike, were facing problem in exchanging currency and the impact was felt across the regions," he added.

The Chief Minister said that of the total currency released for the state by the RBI on Saturday, Rs 100 notes alone amounted to Rs 400 crore that should provide some relief.

"Set up call centres in each bank and provide information to people constantly. Make use of all available resources and infrastructure. Estimate the currency requirements in each district and ensure money is dispatched promptly to those places.

"Banks that have currency chests should share their cash with banks that do not have the facility, particularly in rural areas," he said, adding that mutual cooperation, coordination and effective action were the need of the hour.

On Friday, the Chief Minister had written a letter to the Centre requesting it to release currency notes worth Rs 10,000 crore in smaller denominations in view of the problems being faced by people.

The RBI officials, however, were said to have told the state government that they could not make any specific commitment on the release of the amount sought since it involved logistics and security issues. Also, granting one state's wish would lead to similar demands from other states and as such the RBI would only make the releases "appropriately".