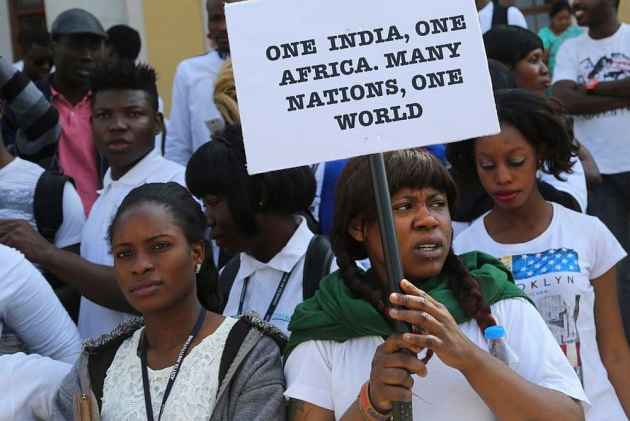 The Delhi University has undertaken a slew of measures to enrol more African students, including extension of deadline for online registration for foreign nationals, and responding to their queries via email and phone.

The Foreign Students' Registry (FSR) of the DU has received over 300 applications from African nationals, the university said in a statement.

"To increase the number, the university will be extending online registration deadline for foreign nationals from 20 April to May 31," it said.

The FSR office said its staff will take special care in handling queries of African students.

It said it will answer questions from African students on fsr@du.Ac.In and fsr_du@yahoo.Com and respond to phone calls on 91-11-27666756.

The DU statement said the university has received an enthusiastic response from the ambassadors of various African countries.

"They have also shown a positive inclination in instituting scholarships for their students for pursuing courses at the DU," it added.

"The varsity is committed to reaching out to international students which will result in strengthening social, cultural and political ties between us," the varsity's registrar said in the statement.