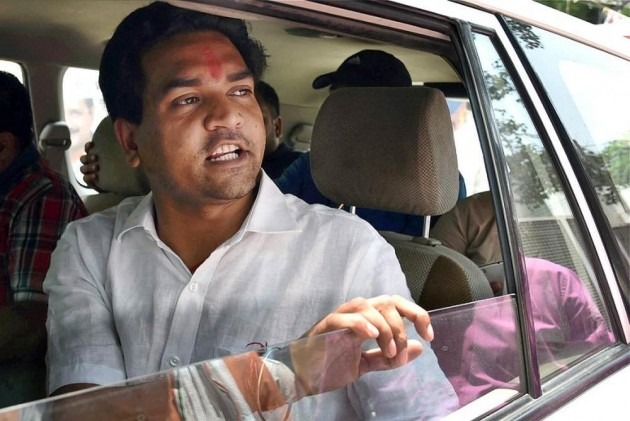 The Public Works Department of the Delhi government has issued a notice to former Cabinet minister Kapil Mishra, asking him to vacate his Civil Lines bungalow "at the earliest".

A senior government official said that as Mishra was no longer a Cabinet minister, he was not entitled to such an accommodation.

Mishra was sacked as the city water minister on May 6 over alleged poor water management.

"After being discharged from his duty as a minister, he could have retained the government's bungalow for 15 days. As per rules, he is no loner entitled to a government bungalow. In view of this, the department has asked Mishra to vacate the accommodation at the earliest," a senior official told PTI.

Sources said PWD Minister Satyendar Jain had a week ago issued a note to the department asking it to get the house vacated at the earliest.

Since he was sacked, Mishra has been continuing with his salvo against Aam Aadmi Party's top leadership, including Chief Minister Arvind Kejriwal.

Last month, the Karawal Nagar MLA had accused Kejriwal of accepting Rs 2 crore from Jain and filed a complaint in this regard with the Anti-Corruption Branch (ACB).

After he made the stunning allegation, Mishra was suspended from AAP's primary membership.