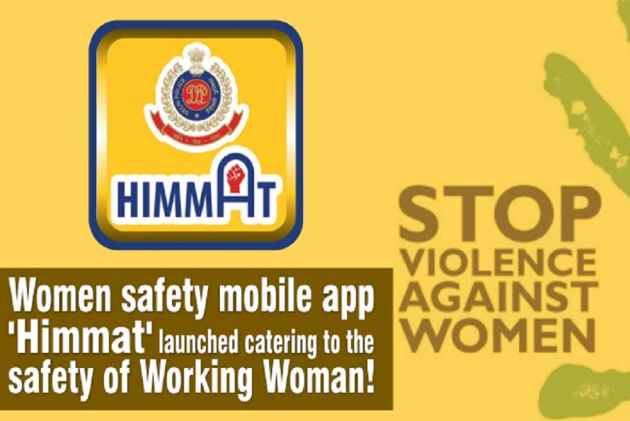 All set to be launched for the third time, the Delhi Police's women's safety mobile app 'Himmat' will bring together all helpline numbers on one platform.

The app was first launched in 2015 and despite its relaunch in April this year, it found few takers.

To give the app a facelift, the Delhi Police has engaged students from the Indraprastha Institute of Information Technology. They have carried out a survey to study the shortcomings of the app.

The students are young and can give fresh ideas that can be incorporated in the latest version of the app, said Delhi Police commissioner Amulya Patnaik.

"The major clientele that we will be targeting is from the student community, so the idea is to get their feedback. In all probability we will try to finalise it by the end of this month," he added.

Sources said that the students have suggested several changes in the way the app looks and to simplify the registration process. The app will also ease the way in which people can reach the various helpline numbers by merging them on one platform.

It was found that one had to register on the app again and again which was a tedious process.

The students also found that there was no awareness about the app. They have also suggested that the colour scheme of the app should be made more appealing and the messages and notifications have to be quirky, and not in boring official language, the sources added.

The relaunched version will also provide the user to test the app soon after installing it and one won't have to remember the password to log in to the app again and again, they added.

A campaign strategy to popularise the app is also being chalked out and in the days to come, users will be able to install a better version of the app.

At present, the app has a white background which makes it difficult to read in sunlight. The students, who studied the shortcomings of the app as part of their summer project, have suggested that there should be a different colour scheme.

In April, the Himmat app was relaunched in a bilingual format. Earlier, for registration on the app, one had to fill 13-14 fields which involved sharing details of travel routes, office address, etc. And the user also had to provide five emergency contact numbers.

These fields were reduced to six and before the registration, one was given the option of choosing a preferred language -- Hindi or English.

The process will be simplified further, the sources said.

It's a process of continuous introspection and efforts to upgrade it are being done in public interest, said Patnaik.

"We are basically working out the issues and trying to make it more user-friendly. We took help of an independent agency to pool in their ideas so that we can ensure better service delivery," added the officer.

"They are trying to make 'Himmat' app more comprehensive and available to public and redesigning even the logo. It should be more appealing to the eye," said Sanjay Beniwal, Special Commissioner of Police (Airport, Women Safety and Modernisation).

Continue FREE with Ads Pay Rs. 1 to Read Without Ads
READ MORE IN:
National
Next Story : Five From Kerala Killed While Fighting for IS in Syria: Reports
Download the Outlook ​Magazines App. Six magazines, wherever you go! Play Store and App Store