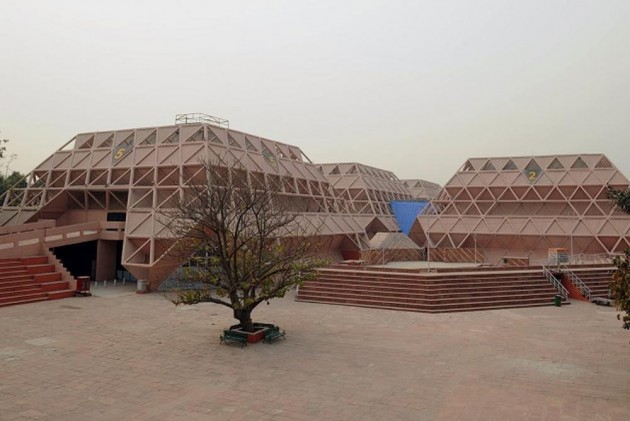 The Delhi High Court has turned down a PIL against the in-principle approval granted by the government for engaging foreign architects to transform Pragati Maidan into a world-class convention centre.

A bench of Chief Justice G. Rohini and Justice Sangita Dhingra Sehgal rejected two petitions of India Institute of Architects (IIA), saying the "scope of interference by this court in matters relating to tenders is very limited".

"The contention of the petitioner (IIA) that the National Building Construction Corporation (NBCC) should not have invited the bids from the engineering consultants is wholly misconceived and without any substance. The writ petition appears to be based on irrelevant and erroneous assumptions of facts and law," the bench said.

The court's order came on pleas challenging the in- principle nod granted by the Ministry of Home Affairs to the Indian Trade Promotion Organisation (ITPO) for engaging the services of foreign architects for Pragati Maidan's redevelopment.

It had also challenged the notice issued by NBCC inviting e-tender for procurement of the "comprehensive architectural services" for re-development of Pragati Maidan complex into Integrated Exhibition-cum-Convention Centre.

The bench, however, was not convinced with IIA's stand and observed, "we found that in the letter dated February 26, 2014 (by which MHA granted in-principle approval to ITPO), it was made clear that the specific approval in terms of section 37(1)(b) of the Act would be accorded to the foreign architects as and when they are shortlisted by the ITPO and an application is made to the Central Government for prior permission".

"... The 'in-principle approval' that was conveyed to ITPO under the impugned letter, in our considered opinion, cannot be held to be in violation of the provisions of the Architects Act, 1972," the bench said.