outlookindia.com
-0001-11-30T00:00:00+0553
The Delhi High Court today ordered issue of summons to Bollywood actor Vivek Oberoi in a recovery suit worth more than Rs 4 crore filed against him.

Justice S Ravindra Bhat sought the star's reply by November 1 on the suit filed by Mehta Entertainment, a company which promotes entertainment business in India and abroad, through its CEO Deepak Mehta alleging that Oberoi had taken 300,000 US Dollars but failed to perform in the USA in August 2003 as per the contract signed by him.

Mehta sought the court's direction to Oberoi's company in Delhi, Yashi Multi Media Pvt Ltd(YMMPL), through which the actor had signed the contract, to pay Rs 4.02 crore to him for the loss suffered by his company.

He said, despite repeated legal notices to Oberoi and his company for recovery of the amount, no response has come so far.

"He failed to pay the demanded amount despite service of several notices to all of them," said the petitioner while referring to Vivek's father Suresh Oberoi, proprietor of YMMPL.

According to Mehta, his company had paid Rs 3 lakh US Dollars to Oberoi after obtaining his consent to perform in the USA in 2003. However, he failed to participate on the ground of injuries and physical fitness, he added.

After completion of legal formalities, legal notices were sent to Oberoi and his company for return of the amount in 2005, 2006, 2007 but under one or other pretext they have delayed payment, Mehata claimed.

Again in 2008, a civil suit for damage was initiated, which has been pending in this very court, in which they filed a reply last year, as per the suit.

Through this recovery suit, Mehta told the court that as several years have passed and Oberoi has failed to return the amount, the court should direct the film actor to pay the amount with 18 per cent rate of interest. 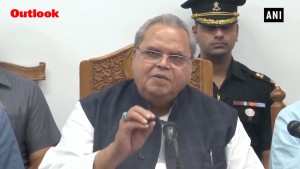