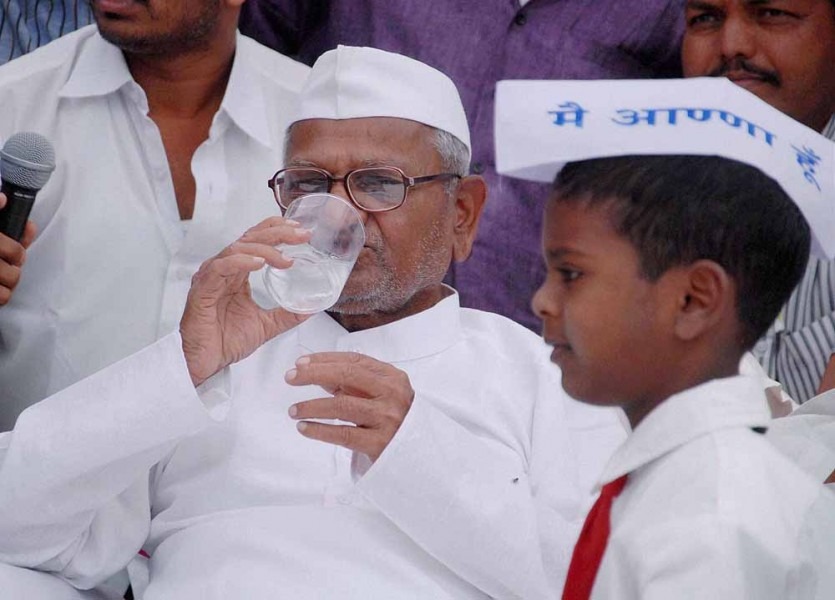 Print
A
A
A
increase text size
Outlook May 16, 2017 13:11 IST Delhi HC Dismisses Plea Seeking An Audit of Anna Hazare's India Against Corruption

The Delhi High Court today dismissed a plea seeking an audit of the accounts of India Against Corruption (IAC), an anti-corruption movement spearheaded by Anna Hazare during 2011 and 2012.

A bench of Acting Chief Justice Gita Mittal and Justice C Hari Shankar also pulled up petitioner Chand Jain for not disclosing to the court that he had filed a similar petition with a similar prayer earlier in name of an NGO run by him.

It termed the petition a gross abuse of the process of law and said it deserves to be dismissed as the petitioner has not given any specific details with regard to the allegations he has raised in the plea.

The court noted that the earlier petition was withdrawn as it had wrongly mentioned the names of the contesting parties.

"This fact has not been disclosed by the petitioner. He has made a false statement in the court. We hereby are not inclined to entertain the writ petition. The same is dismissed," the bench said.

The petition filed by the Delhi resident had sought a direction to the government and the CBI to place before the court the audited account of the IAC, alleging that crores of rupees were collected from the public by the movement led by Hazare and Arvind Kejriwal and used for personal gains of its members.