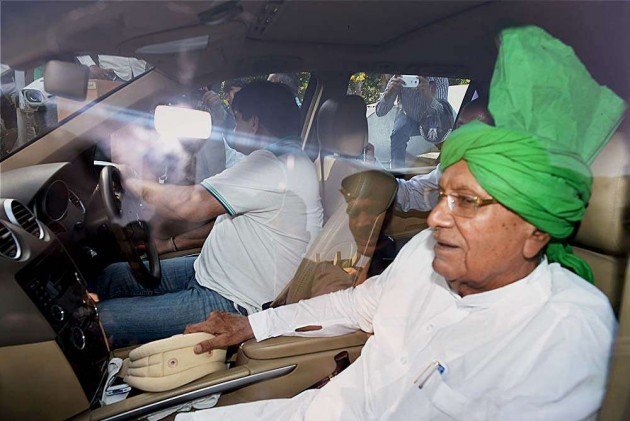 The government also rejected Chautala's plea that he be shifted to Punjab Jail from Tihar Jail, sources said.

"Delhi government has rejected parole request moved by Chautala. The government has also rejected Chautala's request to shift him from Tihar jail to Punjab jail," one of the sources said.

They also said that L-G Najeeb Jung had discussed the matter with Delhi Home Minister Satyendra Jain at a meeting yesterday.

They also said that Jain has clearly said that government will not entertain the Haryana leader's plea.

Chautala is lodged in Tihar jail after being convicted in a scandal involving recruitment of Junior Basic Teachers (JBT) in Haryana.