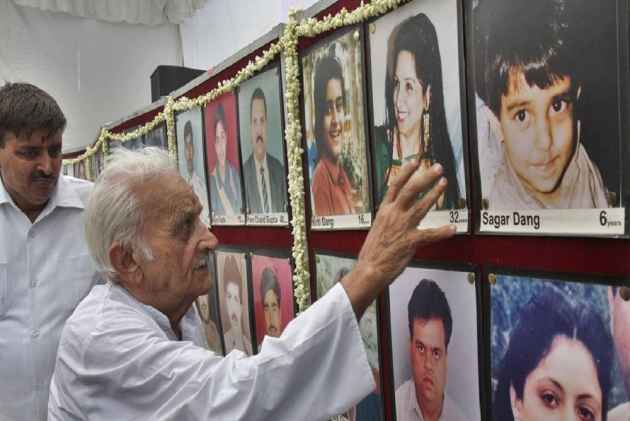 Print
A
A
A
increase text size
Outlook May 27, 2017 10:10 IST Delhi Court To Hear Tampering Charges In Uphaar Tragedy Case

A Delhi Court will on Friday continue to hear the alleged tampering with evidence related to the Uphaar tragedy case.

The court has already reserved its order on the basis of the chargesheet filed by the police on charges made by Neelam Krishnamurthy, who lost her children in the Uphaar tragedy.

Sushil and Gopal Ansal had approached the High Court challenging the charges framed against them for tampering with evidence.

The district court earlier had ordered framing of charges against seven accused for abetment of offence, causing disappearance of evidence, criminal breach of trust by public servant and criminal conspiracy.

All the accused had denied allegations against them but the court dismissed their petition.

Earlier in April, Gopal Ansal surrendered before the Tihar jail authorities after the Supreme Court refused to grant him more time.

The apex court also refused Ansal's plea, for more time to surrender and ordered the real estate baron to undergo the rest of his jail term.

The apex court directed senior lawyer Ram Jethmalani, who appeared for Ansal, to ask the real estate baron to complete the rest of his jail term.

The apex court sentenced Ansal to one-year jail term on February 9, while, his elder brother Sushil was ordered to skip his prison term citing old age and ill-health.

At least 59 people died of asphyxia and over 100 others were injured in the stampede after fire broke out in Uphaar cinema on June 13, 1997, during the screening of J.P. Dutta's film 'Border'.