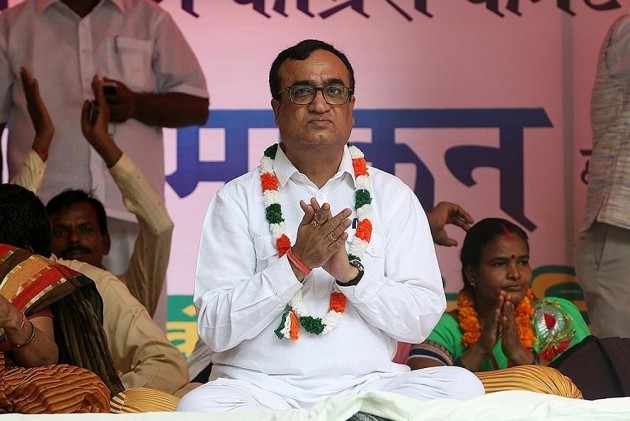 Congress Delhi unit chief Ajay Maken today offered to resign from his post after accepting moral responsibility for his party's dismal performance in the civic polls.

With latest trends showing the Congress registering a win in eight seats and leading in 26 seats, Maken said that he will not take up any post in the party for an year and perform his duty as an ordinary worker.

"It is a reasonable revival of the Congress but I had hoped for something better than this. I had expected to perform a little better.

He claimed that there has been a rise in the vote percentage of the Congress in Delhi.

"We have fought the election on positive issues. We are satisfied that we raised reasonable issues in the election. I was given free hand during my two-year tenure as Delhi Congress president in organisational appointments," he said.

His remarks come after former Chief Minister Sheila Dikshit today said that Maken failed to reach out to the people and even blamed the Delhi Congress chief's "lack of involvement" of the local leadership.

According to latest trends, the BJP widened its dominance over rivals the Congress and the AAP, leading in 145 wards in MCD polls, with trends for 227 seats hinting to a landslide victory for the party as forecasted by the exit polls.