Delhi CM's Solution to a Flooded Delhi: Pray to God 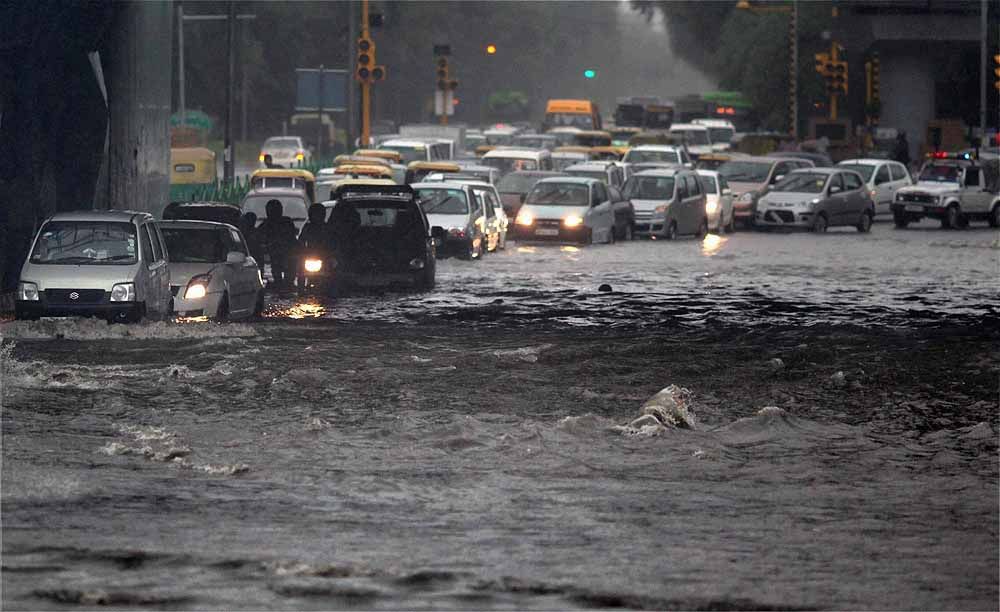 With a spell of heavy downpour on Saturday exposing her government's failure to deal with perennial problem of waterlogging in the city, Chief Minister Sheila Dikshit today offered a curious solution asking residents to pray to the God so that rains do not return.

"Pray to the God to stop the rains," Dikshit said when asked about how she plans to deal with the problem of water logging in the city as people had to suffer on Saturday due to failure of the administration to improve the drainage system.

Putting the blame on civic bodies for the flooding of arterial roads and various areas following a four-hour-long heavy shower on Saturday, Dikshit said the municipal corporations will have to find a solution to the problem.

"I do not want to get into fixing anybody's responsibilities. It is the responsibility of the civic bodies," the Chief Minister said when referred to massive chaos on the city roads after the rain.

The heavy downpour on Saturday had brought the national capital to a grinding halt with roads across the city submerged, leading to massive traffic snarls that left commuters stranded for hours and exposing civic bodies' lack of preparedness to check waterlogging.

Two metro stations -- Saket and Malviya Nagar -- were closed for nearly five hours as rain water entered their concourse. The rains also flooded the forecourt of the arrival area of IGI airport, causing inconvenience to the passengers coming out of Terminal 3.

Both Delhi Government and BJP-ruled municipal corporations had indulged in a blame game following the public anger after the rains.

The Public Works Department of Delhi Government maintains a large number of drains in the city and BJP-ruled municipal corporations had slammed PWD for the flood like situation on many arterial roads. The PWD, on the other hand, had blamed the civic bodies.

The civic agencies said due to failure of PWD to desilt the drains, the majority of the city roads were submerged under water.