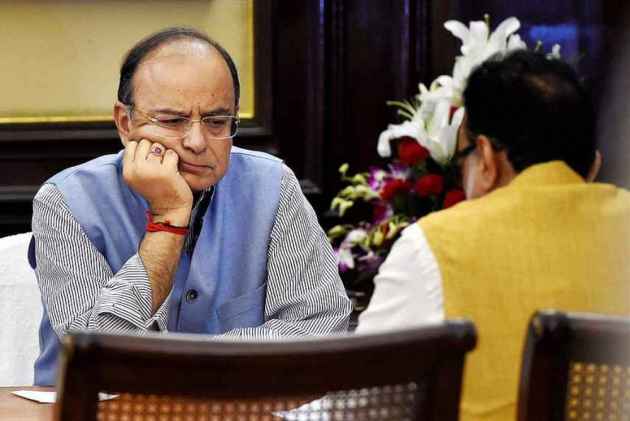 Chief Minister Arvind Kejriwal today sought summoning of the minutes of meetings of the DDCA between 1999 and 2014 in the Delhi High Court which asked Union Minister Arun Jaitley to respond to the plea.

Joint Registrar Pankaj Gupta issued notice to Jaitley and sought his reply by July 28 on Kejriwal's application moved in connection with the Rs 10 crore defamation suit filed against him and five other AAP leaders by the BJP leader.

The Delhi Chief Minister sought summoning of the minutes of the meetings held by the General Body and the Executive Committee or Board of Directors of the Delhi and District Cricket Association (DDCA) between 1999 and 2014.

In his application filed through advocate Anupam Srivastava, Kejriwal said he wished to confront Jaitley with these documents during recording of evidence on July 28 and July 31.

Central government standing counsel Amit Mahajan, appearing for Jaitley, said the application has not been filed properly and a proper plea should be moved.

Mahajan was objecting to the prayer sought in the plea to "pass an order summoning the concerned officer from the DDCA with documents/records as mentioned in paragraph 2 of the application".

He said if a witness was being summoned, then a list of witnesses should be given first.

Srivastava admitted there was a default in the application as it appeared to be seeking summoning of a DDCA official, but said this was not the case.

He said the application was worded in that manner as the documents being sought would have to be brought by someone.

The AAP leaders had accused the BJP leader of corruption as the President of the DDCA, a post he had held from 2000 to 2013.

Jaitley, who had denied all the allegations levelled by the AAP leaders in December 2015, had filed a civil defamation suit seeking Rs 10 crore damages from Kejriwal and the others, claiming they had made "false and defamatory" statements in the case involving DDCA, thereby harming his reputation.

The AAP leaders had allegedly attacked Jaitley and his family members in various fora including social media over the alleged irregularities and financial bungling in the DDCA.

Kejriwal is also facing another Rs 10 crore defamation suit filed by Jaitley in May this year over the use of an objectionable word by the Delhi Chief Minister's lawyer, Ram Jethmalani, during the union minister's cross examination.

Jaitley, who holds twin portfolios of Finance and Defence, filed the second defamation suit alleging that Jethmalani "abused" him in open court during the proceedings in the first defamation suit.

During the cross-examination of the Minister on May 17 before a Joint Registrar in the Delhi High Court, Jethmalani had used a term Jaitley had found objectionable.

A day after, Justice Manmohan, who was hearing a connected matter, had termed as "scandalous" the remarks made by Jethmalani against Jaitley before the Joint Registrar during the cross-examination.

Terming the word as not only "false, baseless, malicious and abusive, but is per se defamatory", Jaitley in his fresh suit has stated that he was "subjected to numerous questions, terminologies/statements that are ex-facie abusive, malicious, offensive, irrelevant and slanderous".