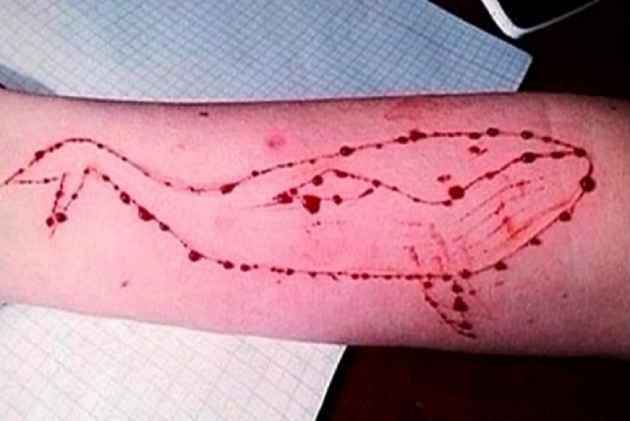 A 16-year-old boy allegedly attempted suicide here, police said today as it launched a probe into what is suspected an outcome of the 'Blue Whale Challenge', an Internet game which has reportedly claimed several lives worldwide.

The teenager had jumped off the fourth floor of a residential building in north west Delhi's Ashok Vihar area on Wednesday. He had left behind his slippers, spectacles and mobile phone before jumping off, the police said.

He was rushed to a private hospital for treatment. His statement is yet to be recorded, they said.

"During our investigation so far, the role of 'Blue Whale Challenge' has not been established," said Milind Dumbere, DCP (north west).

The boy was recently admitted to a new school which could be a possible reason behind his alleged suicide bid as he was "upset" with the change, the officer said.

He said the police were trying to probe the incident by using his mobile phone which is code-locked.

He said the boy is good in studies and active on social media.

'Blue Whale' is a controversial Internet game in which a series of tasks, mostly brutal, are given to players for a period of 50 days by the administrators with a final challenge requiring them to commit suicide. The player is asked to share photos after finishing the different levels of the game. The game is spread via links on social media platforms.

More than six children across India in the age group of 12-19 years are suspected to have taken their lives playing this game within a span of two weeks.

The government had recently directed Internet majors -- Google, Facebook, WhatsApp, Instagram, Microsoft and Yahoo -- to immediately remove the links of the deadly game, which has led several children in India and other countries to commit suicide.

Also a PIL was moved in Delhi High Court on August 16 seeking directions to Internet companies like Google, Facebook and Yahoo to take down the links of the game.