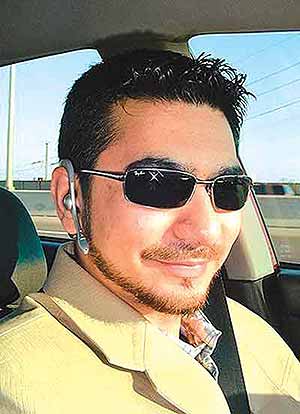 outlookindia.com
-0001-11-30T00:00:00+0553
A defiant Pakistani-American terrorist Faisal Shahzad today warned the US that the "war with the Muslims has just begun", as he was sentenced to life on 10 counts of terrorism charges in connection with the failed Times Square bombing plot here.

"The defeat of the US is imminent and will happen in the near future," a defiant Shahzad told the court shortly before his sentence was announced.

"Brace yourselves because the war with the Muslims has just begun," he warned Americans.

When Judge Cedarbaum asked him, "Didn't you swear allegiance to this country?", Shahzad replied: "I sweared, but I didn't mean it."

The home-made bomb Shahzad had packed into the back of a vehicle sputtered, injuring no one at the iconic Times Square packed with tourists.

Tehreek-Taliban Pakistan claimed responsibility for the failed attack and the indictment also said Shahzad was trained in Pakistan by affiliates of the terror group.

In a 40-minute Taliban video released by the US government, Shahzad, wearing traditional clothes and carrying an automatic rifle and a Quran, calls for war against the West to avenge what he refers to as downtrodden Muslims.

Making a statement in the court, the former budget analyst said: "We don't expect your freedom... We already have Sharia law and freedom."

"We Muslims don't abide by human made laws because they are corrupt," a relaxed Shahzad said and alleged that his family was threatened by FBI when he was being questioned.

Calling himself a Muslim solider, Shahzad, who also confessed to have got trained by terrorists in Pakistan's restive tribal region of north Waziristan, had in June pleaded guilty 100 times in June to 10 terrorism and weapons counts.

Shahzad, the father of two, was apprehended at John F Kennedy airport while trying to escape to Pakistan via Dubai on May 3. He worked as a financial analyst in Connecticut where he lived with his wife.

If the Times Square bombing was successful, Shahzad also allegedly planned to attack four other targets -- Rockefeller Center, a Grand Central Terminal, the World Financial Center and the Connecticut headquarters of defence contractor Sikorsky, the prosecutors had claimed.

Shahzad also allegedly received money from a man in Pakistan who is believed to be working for Tehreek-e-Taliban, according to prosecutors.

The suspect then used this money to buy the Nissan Pathfinder and a 9-millimetre Kel-Tec rifle, which was found inside his car at the airport on the day of his arrest.