Sixth seed Thiem defeated Djokovic 7-6, 6-3, 6-0 in a surprisingly one-side contest at the Suzanne-Lenglen Court that lasted for more than two hours 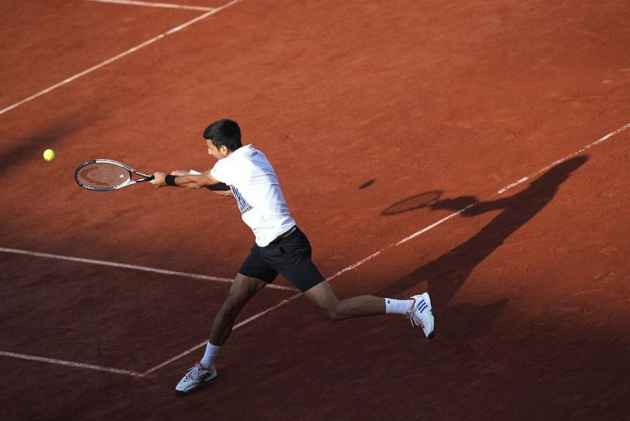 Print
A
A
A
increase text size
Outlook June 07, 2017 18:04 IST Defending Champion Djokovic Crashes Out Of French Open After Loss To Dominic Thiem

Defending champion Novak Djokovic on Wednesday crashed out of the French Open after suffering a shocking straight-sets defeat against Austria's Dominic Thiem in his last-eight clash.

Sixth seed Thiem defeated Djokovic 7-6, 6-3, 6-0 in a surprisingly one-side contest at the Suzanne-Lenglen Court that lasted for more than two hours.

Thiem came out with a commanding display of tennis and completely dominated the game. He scored 38 winners as compared to Djokovic's just 18.

The 23-year-old has reached the last four in Paris for the second consecutive year.

Thiem will now face fourteen-time grand slam champion Rafael Nadal, who booked his place in the semi-finals of the French Open for the 10th time after his opponent Pablo Carreno Busta was forced retire during the last eight-clash due to an abdominal problem in the other quarter-final.

The Spaniard, who is bidding for his 10th Roland Garros title, broke his opponent four times in the opening set and was leading 6-2, 2-0 when Carreno Busta was forced to quit just after 51 minutes in the quarter-final clash of the men's singles event. (ANI)