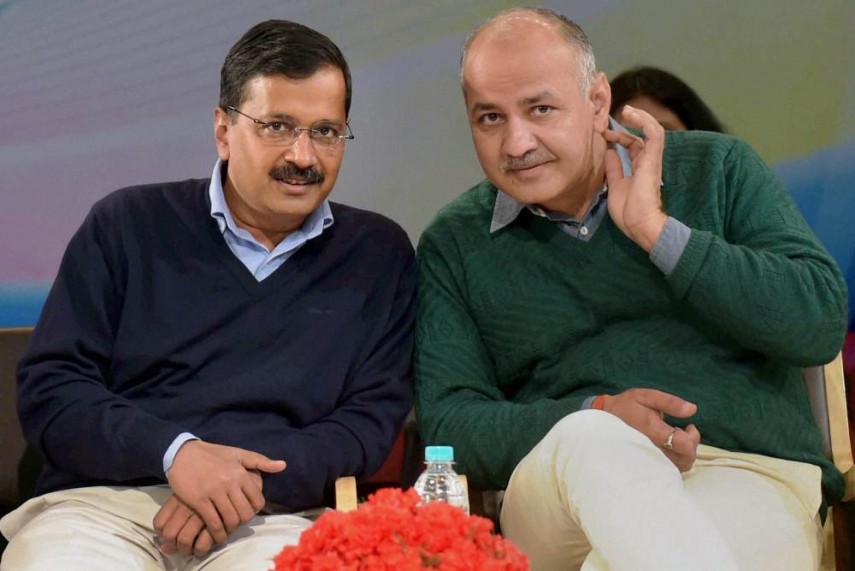 Delhi Chief Minister Arvind Kejriwal and five other AAP leaders, summoned as accused in a criminal defamation case filed against them by Union Minister Arun Jaitley, were granted bail by a city court today.

Chief Metropolitan Magistrate Sumit Dass granted relief to Kejriwal and AAP leaders Ashutosh, Sanjay Singh, Kumar Vishwas, Raghav Chadha and Deepak Bajpai, after they appeared before the court in pursuance to summons issued on March 9 and moved bail pleas before the court.

The court granted them bail on a personal bond of Rs 20,000 each with one surety of like amount.

The Chief Minister, other accused AAP leaders and Jaitley came to the court just before 1430 hours amid heavy police presence to prevent any clash between supporters of the rival parties who had gathered in large numbers outside gate number 2 of the Patiala House court complex here.

Before commencement of the hearing, BJP and AAP workers raised vociferous slogans against each other. Entry inside the court room was restricted and only the accused, those giving sureties, Jaitley and lawyers appearing in the matter along with six journalists were allowed entry.

"All accused persons have been summoned for offence under section 500 (defamation), read with section 34 (common intention) IPC. Offence being bailable, all accused persons are admitted to bail on their furnishing personal bond in the sum of Rs 25,000 each with one surety in the like amount.

During the hearing which commenced at around 1435 hours, advocates R K Wadhwa and C L Gupta, who appeared for Kejriwal, told the court that they have not been supplied with copy of entire set of documents.

After the submissions made regarding the documents, the court said, "To cut short the controversy, let another set of copies of documents be supplied to respective counsel for all the accused persons against due acknowledgment."

"Matter is now adjourned for arguments on the point of notice for May 19," the court said.

Jaitley was accompanied among others by BJP leaders including MP Ramesh Bidhuri and Delhi MLAs O P Sharma and Vijender Gupta.

The court had on March 9 directed Kejriwal and the five other AAP leaders to appear before it today while noting that allegations were "derogatory" and amounted to "slander and libel".

Besides the criminal defamation case, Jaitley has also filed a civil defamation suit before the Delhi High Court seeking Rs 10 crore in damages from Kejriwal and the five AAP leaders, for issuing allegedly false and defamatory statements against him and his family in connection with alleged irregularities in DDCA when he was its President.