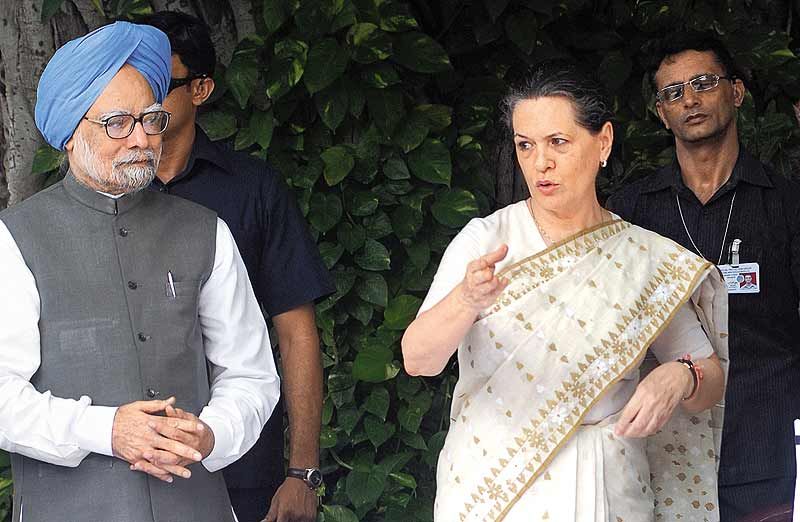 Print
A
A
A
increase text size
Outlook May 12, 2013 14:15 IST Decision to Drop Ministers Jointly Taken by PM, Sonia: Cong

The party came out with an unusual rebuttal of media reports which said Gandhi had prevailed over Singh, who was not keen on removing the ministers, to do so to limit the damage caused to the Congress image.

"It has appeared in a section of the media that it was at the insistence of Congress President Sonia Gandhi that the two Ministers were dropped. This perception is not correct.

"The correct position is that it was the joint decision of the Congress President and Prime Minister Manmohan Singh," party General Secretary Janardan Dwivedi, who is AICC Media Department chief, said here in a brief statement.

Both Bansal and Kumar were seen to be close to the Prime Minister.

Citing the reports, BJP leader L K Advani took a dig at the Prime Minister, saying he should now call it a day as he appeared to have "abdicated" his right to decide on his own Cabinet.

"Has the Prime Minister abdicated his right even to decide about his own Cabinet? Today's news reports about the removal of two Union Ministers generally emphasise that, it is Soniaji who has sacked 'two PM’s men'.

"Sheer self-respect demands that the PM calls it a day, and orders an early general election," Advani wrote on his blog post.

The reports had suggested that in her meeting with Singh, Gandhi conveyed the party's unease over the public perception against the government for not acting against Bansal and Kumar, who held the Railway and Law Ministry portfolios respectively.

Bansal resigned on Friday following the arrest of his nephew Vijay Singla last week for allegedly accepting Rs 90 lakh for fixing promotion in Railway Board while Kumar quit in the wake of a raging controversy over his vetting the CBI probe report in the coal blocks allocation scam.

The Coalgate had led to the washout of the second half of the budget session of Parliament with the Opposition demanding the Prime Minister's resignation and the sacking of the law minister.