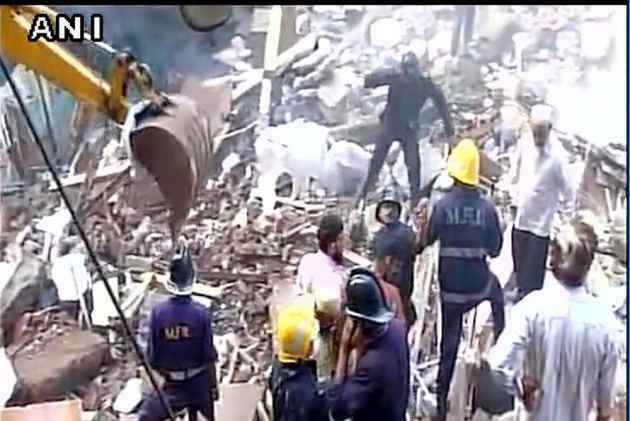 Fire brigade officials today said that 33 people have died in the collapse of a 117-year-old building with residences, godowns and a play school in the congested Bhendi Bazaar in south Mumbai with more bodies deaths reported overnight.

They said nine more bodies were pulled out from the debris in the overnight search and rescue operations. The deceased include 24 men and nine women.

The officials said that efforts are currently underway to rescue more people that may still be trapped in debris of the building that collapsed yesterday.

They added that another nine people were rescued with injuries from the debris and admitted to the JJ Hospital.

Six officials of the fire department and one from the NDRF also suffered injuries in the operation.

The officials said that eight fire engines, one rescue van and ambulances have been are at the collapse site to assist the personnel in rescue operations.

The tragedy struck barely two days after torrential rain brought the city to its knees, crippling road, rail and air services, inundating homes and leaving at least 10 people dead. Many suspect the downpour caused further damage to the ramshackle structure, causing its crash.