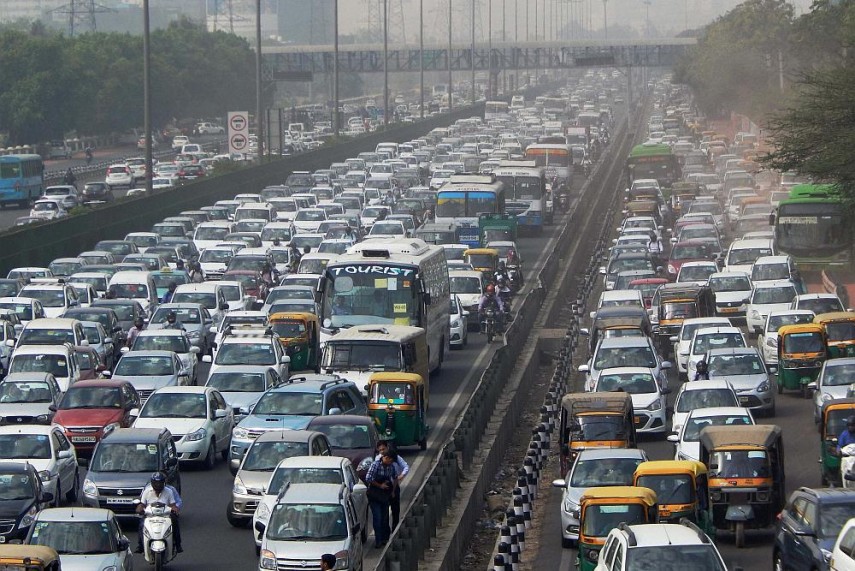 Deregistration of 15 to 10 years old diesel vehicles in the national capital would be carried out in a phased manner, the National Green Tribunal today said while barring entry of such trucks with national permits in Delhi-NCR.

No Objection Certificate (NoC) for plying outside Delhi-NCR.

Only de-registered diesel vehicles which are less than 15--years old can get NoC for plying in select areas outside Delhi-NCR to be decided by states where vehicle density is less.

"All diesel vehicles which are more than 15 years old and are BS-I, BS-II shall be scrapped and no NOC for transfer of such vehicles will be issued.

"Heavy vehicles including trucks with national permits will not be permitted to enter Delhi, but allowed to bypass Delhi through alternate routes" a bench headed by Justice Swatanter Kumar said as it clarified its earlier order directing the Delhi government to cancel the registration of all diesel-powered vehicles which are more than 10 years old from plying in the city.

"We make it clear that de-registration of diesel vehicles shall be complied with effectively without any default. However, registration authorities are directed to start the process with reference to oldest vehicles first, that is, diesel vehicles which are 15-year-old should be de-registered first," the bench said.

The clarification came after Additional Solicitor General Pinky Anand and advocate Balendu Shekhar, appearing for Ministry of Heavy Industries, told the bench that food supply chain has been affected by the tribunal's order.

"I am appearing for people of Delhi who have been hit by the NGT order. The essential services in the national capital have been severely affected leading to massive chaos from all corners," the ASG said.

To this the bench said,"has the centre or Delhi govt made a single effort to resolve the diesel ban issue with transport associations?

The green panel further asked the states to identify areas where dispersion of air is higher and vehicle density is less.

The bench said that the Regional Transport Officers (RTO) in Delhi will issue NOC only for those areas which have been identified by the states.

The tribunal asked the Ministry of Heavy Industries to take a view with regard to scrapping of vehicles and publicise benefits associated with it which would be provided to persons who opt for such a policy.

It also asked Delhi Government to respond on the issue of capping of vehicles and submit its views on limiting private cars in the national capital.

The Delhi Development Authority was asked by the NGT to provide space to Delhi Transport Corporation and Delhi Traffic Police for parking of de-registered diesel vehicles including the impounded ones.

"Chief Secretary Delhi is directed to take up meeting in a week with Commissioner of police, respective corporations, DDA and others to identify sites for parking purposes," the bench said.

The NGT asked the Delhi Government to take immediate steps to improve and strengthen public transport system and introduce buses which are CNG, hybrid or electric ones.

Earlier, the NGT had on July 18 directed the Delhi government to cancel the registration of all diesel-powered vehicles which are more than 10-year-old from plying in the city.

The bench had ordered the RTO of the Transport Department in Delhi, that after de-registration, it will issue public notice in this regard and supply the list of such vehicles to Delhi Traffic Police which will take appropriate steps in consonance with directions of the tribunal.

The tribunal had said that even during odd-even scheme initiated by the Delhi government, the ambient air quality did not improve and in fact, the parameters remained on the higher side more than the permissible limits.

It had passed the order after noting submissions of Delhi Police that it has made continuous attempts to stop vehicles which were more than 10 years old from plying on the roads of the national capital.

The tribunal had on April 7, 2015 held that all diesel vehicles which are more than 10 years old will not be permitted to ply in Delhi-NCR.

On November 26, 2014, it had banned plying of all diesel or petrol vehicles which were more than 15 years old.