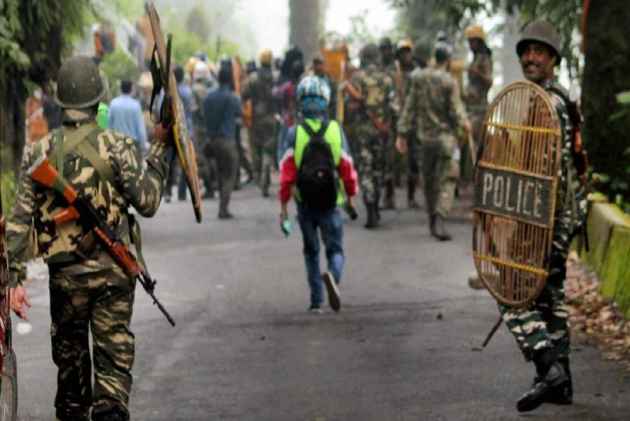 Supporters of GJM and other hill parties today held a dharna outside the district magistrate's office as the indefinite strike demanding a separate state entered its 33rd day.

The dharna was held to demand restoration of Internet service in the hills, GJM sources said.

The suspension of Internet services, which was imposed on June 18, have been extended till July 25, by the district administration.

Although no incident of violence was reported since last night, police and security forces continued their patrolling in the hills.

With food supply severely hit due to the ongoing strike, GJM activists and NGOs of the hills were seen distributing food items among the people.

The Army was deployed in Darjeeling, Kalimpong and Sonada.