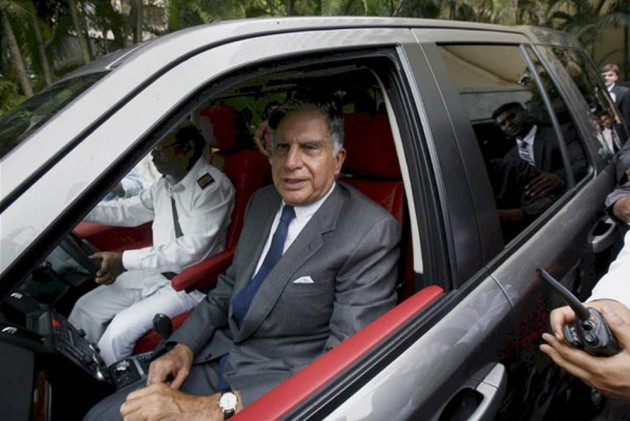 In a dramatic development that took the corporates and others by surprise, Cyrus Mistry was today sacked as Chairman of Tata Sons and was replaced by Ratan Tata, from whom he had taken over the reins of the over USD 100 billion salt-to-software conglomerate four years ago.

The surprise announcement came after the Board of Tata Sons met here and decided to replace 48-year-old Mistry and appoint Ratan Tata, 78, as interim head.

The board named a five-member search committee, which includes Tata, to choose a successor to Mistry within four months.

Mistry was chosen as Tata's successor in November, 2011, and was appointed Deputy Chairman of Tata Sons, whose board he had entered in 2006. He was made chairman on the basis of his representation from Shapoorji Palonji, the largest shareholder in Tata Sons.

There were no reasons given for the change of leadership of the man who was brought in with much fanfare but it is believed that Tata Sons was unhappy with Mistry's approach of shedding non-profit businesses, including the conglomerate's steel business in Europe, and concentrating only on cash cows.

"Tata Sons today announced its board has replaced Mr Cyrus P Mistry as Chairman of Tata Sons. The decision was taken at a board meeting held here today," a Tata Sons statement said.

Tata Sons is the main holding company of the group.

CEOs at the operating company level of the group have not been touched in the rejig, company sources said.

The board constituted a selection committee comprising Tata, TVS Group head Venu Srinivasan, Amit Chandra of Bain Capital, former diplomat Ronen Sen and Lord Kumar Bhattacharya. All of them, except Bhattacharya, are on the board of Tata Sons.

"The committee has been mandated to complete the selection process in four months," it added.

Mistry, who was chosen by a five-member panel in 2011 to succeed Ratan Tata, took over the reins of the conglomerate when the veteran industrialist retired on December 29, 2012, when he turned 75.

After taking charge, he had to face some challenging situations such as the decision to sell Tata Steel UK in the wake of mounting losses.

The Tata group is also engaged in a legal battle with Japan's Docomo over the split of their telecom joint venture Tata Docomo.

In an interview with an in-house magazine, Mistry had recently stated that the group "should not be afraid of taking tough decisions for the right reasons, with compassion" amid "challenging situations" confronted by some of the group's businesses that would require hard and bolder decisions on pruning portfolio.

This was in contrast to steps taken by Ratan Tata, who led the group into some notable acquisitions, starting from Tetley by Tata Tea for USD 450 million in 2000, to steelmaker Corus by Tata Steel in 2007 and the landmark Jaguar Land Rover in 2008 for USD 2.3 billion by Tata Motors.

Born on July 4, 1968, Mistry completed his graduation in civil engineering from London's Imperial College of Science, Technology and Medicine and followed it up with a masters in Management from the London Business School.