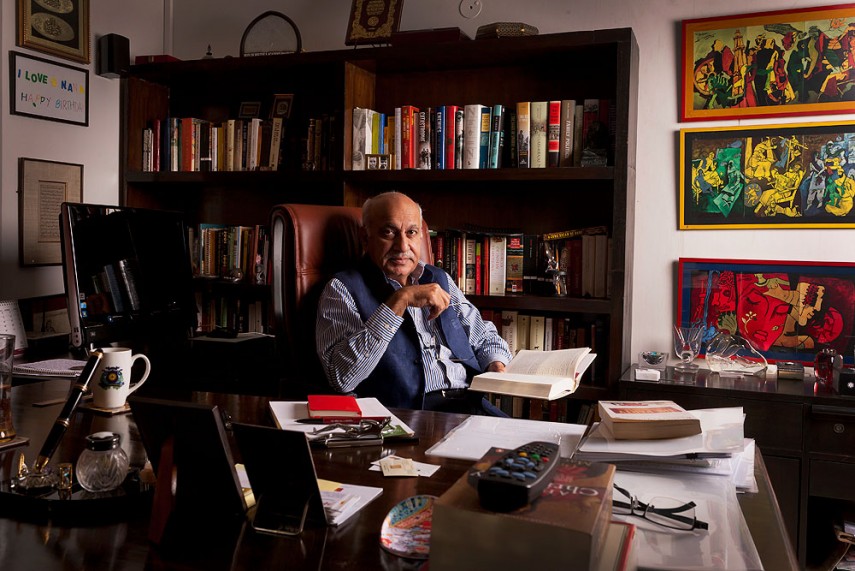 The current atmosphere in Kashmir is not permanent and the problem is "existential", Minister of State for External Affairs M J Akbar today said as he warned Pakistan against playing the game of terrorism.

"Today's atmosphere is not permanent. This is a seasonal wind and there could be storm also but this is not the full truth.. The full truth is Kashmir's Kashmiriyat and its humanity," he said while intervening in a discussion in Lok Sabha on unrest in Kashmir.

Stating that the problem of Kashmir is an existential one, he said the fight is not about geography but about ideology and there has been "no war longer" than this.

"I term it as an existential war," Akbar said, adding that there is no text without context and context of the present violence lies in the roots of nation formation.

"There would be differences in politics but when it comes to national interest and Kashmir, we should be one," the Minister said, in an apparent reference to criticism about the handling of current situation in Kashmir.

He warned Pakistan against playing the game of terrorism against India. "India will be able to handle the situation but Pakistan will not be able to do that," said the journalist-turned-politician.

"You are committing suicide... We are saying this as a good neighbour," Akbar said, telling the neighbouring nation that it is "time to open your eyes".

Sending a message to the people playing with the country's unity and integrity, Akbar said the tricolour, which was hoisted in August 1947 in Delhi and in October 1947 in Srinagar, would "never bow".

After the terror attack on Peshawar school over a year back, Akbar said everyone including Prime Minister and President condoled the deaths and did not celebrate like Pakistan does.

"But when (Hizbul Mujahideen militant commander Burhan) Wani got killed, Pakistanis are observing 'black day' and they think we will accept it silently. We will not do that," he said.

Akbar said youth seen on television, who are indulging in violence, are "our children but they are being mislead and misguided".