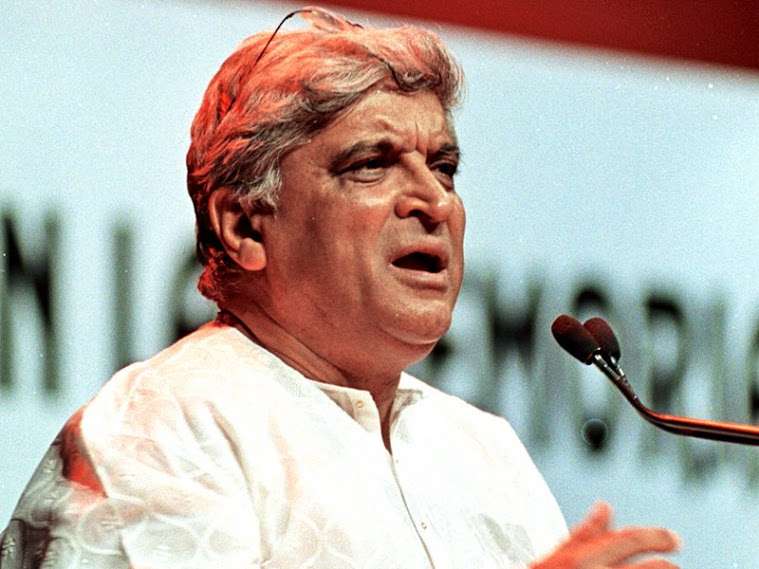 Societies, rather than religions possess a culture, says noted poet lyricist Javed Akthar for whom the Urdu language is essentially a secular progressive dialect without being religion specific.

"Islamic culture is a misnomer. Religions don't have a culture but societies have a culture. There is a central Asian culture, an Iranian, a Turkish culture, an Egyptian, an Indian culture... There can by synthesis of cultures like we have in India," Akthar said at a function here late last evening.

"Cultures come from different regions, not religions. So I believe there is nothing like an 'Islamic Culture,' had it been the case it then Saudi Arab would have it the most, which by the way is still looking for a culture," Akthar said.

The poet-lyricist was speaking at a recital session at the India Islamic Cultural Centre here organised by HarperCollins from the book "In Other Words", a translation of his own poetic works in English by Ali Hussain Mir.

"Urdu has no connection with any religion. I can say this with great pride that generally in literature when poems are written – say in Sanskrit, English, Greek or Latin, it is for the deities it for the Gods and then transcends to other topics.

"Urdu is one exception in the world that from the very beginning is anti-religion. It was anti-fundamentalist and anti-puritan," Akhtar said.

Interacting with the audience about the future of Urdu, the Sahitya Akademi winning-scholar expressed concern over the fate of other indigenous languages too, which he said, were not merely a means for communication but also carriers of culture and tradition.

"There was a time when I used to get worried thinking about the future of Urdu. But that doesn't happen anymore. Instead now what bothers me is the future of all Indian languages. Be it Urdu, Hindi, Gujarati, Marathi, Telugu, Tamil or any other... Their prevalence and existence is very important for us.

"Language is not a only a vehicle for communication, it carries a culture. Language carries tradition, a sense of continuity and identity. The moment you kill a language you make people rootless and that is what is happening with all our indigenous languages," he said.

Son of well-known Urdu poet and film lyricist Jan Nisar Akhtar and Safia Akhtar, a teacher and writer, Javed Akhtar belongs to a family lineage that can be traced back to seven generations of writers.

The highly respected Urdu poet, Majaz was Akhtar's uncle and the work of Muzter Khairabadi, his grandfather, is looked upon as a milestone in Urdu poetry.

"Urdu has been highly mistreated, I agree, and such a treatment is now being meted out to all other languages too. Urdu, which by its very temperament, has been a very secular, liberal and progressive language but was killed at the altar of the two-nation theory," he said.

Holding the after-effects of the partition responsible for downfall of the language, the veteran film lyricist and screenwriter said Urdu, which belonged to Uttar Pradesh, Bihar and Punjab, was subsequently imposed on regions like North West Frontier Province, Pashtun areas (in Pakistan) and along the Bangladesh borders where it didn't belong to.

"But it is people's love that has kept the language alive here," Akthar said.