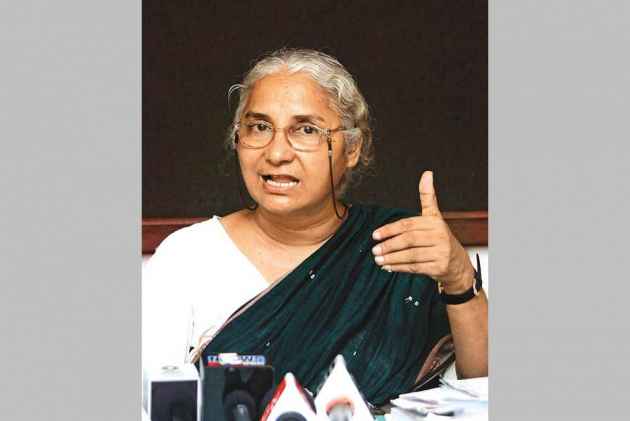 Metropolitan Magistrate Vikrant Vaid took strong objection to Patkar's absence and rejected her request for exemption from appearance through a counsel, who did not possess an authorisation letter from her, saying the grounds taken by her were "not convincing" and "do not inspire confidence of the court".

The NBW is returnable on July 10, the next date of hearing.

Patkar through a proxy counsel said she was attending a protest in a Madhya Pradesh village and has not been able to get a confirmed train ticket to come to Delhi to appear in the defamation cases involving her and Saxena.

Patkar and Saxena, President of Ahmedabad-based NGO National Council for Civil Liberties (NCCL), are embroiled in the legal battle since 2000, after she had filed a suit against him for advertisements published against herself and the NBA by him.

Saxena, who is now the Chairman of Khadi Village and Industries Commission (KVIC), said he has been regularly appearing in the case whereas the accused has remained absent for no valid ground on previous occasions.

Patkar had filed a defamation case against Saxena, who in turn, had filed two lawsuits against her.

Refusing to show any leniency towards Patkar, the magistrate said "the grounds of absence are not convincing and do not inspire confidence of the court. Hence, request for exemption is liable to be rejected on merits."

The court, which posted the next date of hearing for July 10, noted that the matter was at the stage of prosecution evidence and Section 273 of the CrPC mandates the presence of the accused at this stage.

"Evidence cannot be led in the absence of the accused (Patkar). Tersely speaking, Patkar is absent and unrepresented in the court.

"Even otherwise, ground for absence is not acceptable for she had the knowledge and awareness about the court proceedings. It was incumbent upon her to have made the arrangements for her return to Delhi for appearing in court today. NBW be issued against Medha Patkar and notice to her surety through DCP (South East) for July 10," it said.

The court also noted that the advocate who appeared on behalf of the main counsel for Patkar had no authorisation to represent her.

Advocate Pawan Madan, who appeared for the accused, sought exemption on the ground that Patkar was demonstrating in village Badwani in Madhya Pradesh against the eviction of villagers and had not been able to get a confirmed train ticket to Delhi.

Saxena submitted that if she had any plan to appear before the Court, she could have got a reserved ticket in March itself, as the last date for the case was March 28.

Earlier, the court in January 2015 had imposed a cost of Rs 3,000 on Patkar for non-appearance before it giving her the "last and final opportunity" to appear.