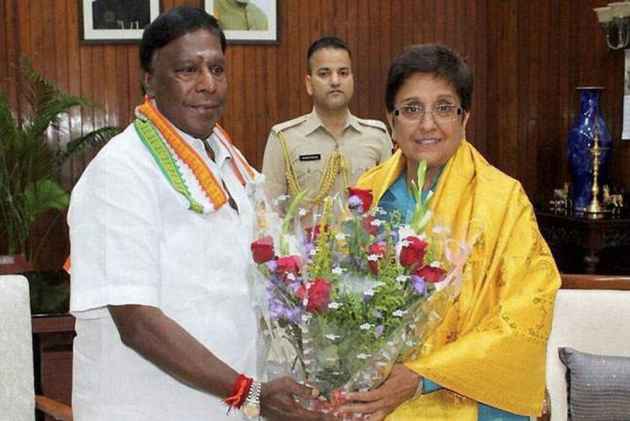 The CPI in Puducherry on Thursday urged the Centre to grant full statehood status to the Union Territory to put an end to the ongoing tussle between Lt Governor Kiran Bedi and the elected government over powers.

"Quite often the territorial administration faced several hurdles and welfare of the students and the weaker sections suffered a setback," Secretary of the Puducherry State unit of the CPI R Viswanathan told reporters here.

This was due to the "frequent turf war between the Lt Governor and elected ministry on the issue of powers and constitutional privileges," he alleged.

He attributed the "chaos" in Puducherry to its Union Territory status," Viswanathan claimed and sought the Centre to concede the plea for statehood.

He also alleged that local students aspiring to join medical courses were facing problems because of the insistence on the part of the authorities that selection for medical admission should be on the basis of marks obtained in NEET, even as the territorial government took a stand against it.

A delegation of the Puducherry CPI would call on the Union Home Minister Rajnath Singh in New Delhi on August 7 and press its demand for statehood for Puducherry, he said.

Viswanathan said that the delegation would also try and persuade the Centre to grant a 'Textiles Park' for the Union Territory.