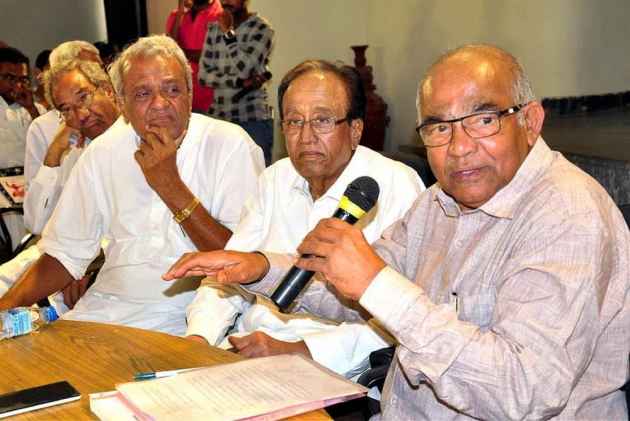 The CPI and the CPI(M) should unite over the next 4-5 years as there is a feeling that the Left movement is in "difficulty" now and most factors leading to their split in 1964 have become irrelevant, CPI General Secretary S Sudhakar Reddy said today.

The prevailing domestic political situation makes a strong case for the coming together of the two parties so as to avoid "duplication" of the tasks of the Left in the country, he said.

"It (the unification) should happen; otherwise both the parties will suffer. We have a feeling that the Left movement is in difficulty these days. So there is no necessity for duplication of work by the two parties doing same type of work," Reddy told PTI here.

The united Communist Party of India (CPI) had split in 1964 and following ideological differences over major national and global political issues.

The CPI leader said on some of the issues, such as secularism, democracy and upholding the Constitution, the two parties are already working together in terms of campaigns and agitations.

"But on the question of unity, no direct talk (has taken place) till now," he said.

Reddy, however, said there are positive signs from within the Communist Party of India (Marxist) for the unification of the two parties. "But, the CPI(M) leadership is yet to discuss the issue with the CPI."

Asked what was stopping the two parties to come together, he said it was for the CPI-M to say. "We feel they (CPI-M) want to discuss some issues which led to the split (in 1964). But what we feel is that most of them are irrelevant today".

Recalling the split in the international communist movement and differences between China and the erstwhile Soviet Union in 1950-60s, he said the Communist party is no longer in power in Russia while China has also changed its line.

"What we feel this (most of reasons for the split in communist movement in India) is irrelevant today because the times have changed so much (since 1964)," he said.

The two parties also do not have differences as such on many domestic issues, Reddy said.

"So, what we feel is we are prepared for a discussion on the subject (reasons for the 1964 split)," he said.

A discussion on unity is likely to take place next year "because congresses of our two parties have to take place. So, we believe it's possible," he said.

On the time-frame for unification of the two parties, Reddy said, "I believe in the next four-five years; it must take place."