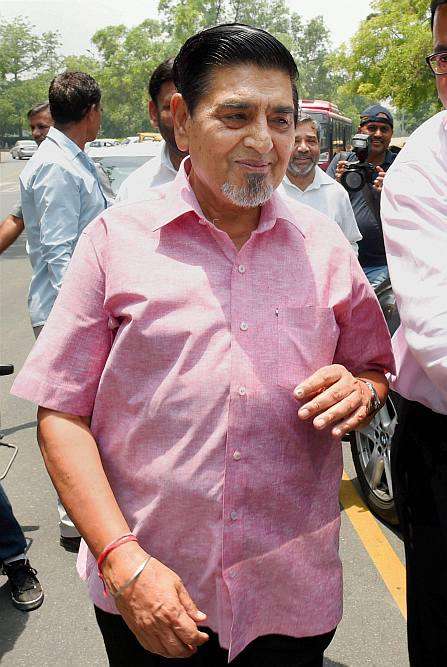 Print
A
A
A
increase text size
Outlook May 31, 2014 15:11 IST Court Reserves Order on Fresh Charges Against Tytler

A Delhi court today reserved for July 2 its order on whether charge of criminal intimidation be added against Congress leader Jagdish Tytler in a defamation complaint filed against him by a senior lawyer, appearing for victims in the 1984 anti-Sikh riot cases.

Tytler appeared before Additional Chief Metropolitan Magistrate Gaurav Rao after the court had earlier directed him to appear in person before it.

The court reserved its order after hearing the arguments from counsel appearing for senior advocate H S Phoolka, who has filed the complaint against Tytler for allegedly making a derogatory remark about him in a news programme aired on a private news channel on September 7, 2004.

During the proceedings, the court wanted to know whether Phoolka would like to go for an out-of-court settlement but the senior counsel replied in the negative and said that allegations of serious nature were levelled against him by Tytler.

Phoolka's counsel argued that not only Tytler had used defamatory language with an intent to tarnish his image in a live TV show but he had also threatened his client.

Meanwhile, Tytler's counsel contended that summons were issued by the court on the alleged charges of defamation and no fresh charges could be pressed at this stage.

He also argued that the court cannot review its own order.

The court, after hearing the arguments, reserved its order and posted the matter for July 2.

Phoolka, in his complaint filed in 2006, had alleged that Tytler had levelled false and derogatory allegations against him to harm his reputation in the society.

His counsel had earlier told the court that Tytler should also be prosecuted for the offence of criminal intimidation under section 506 of the IPC.

The case against Tytler was filed in a Ludhiana court in Punjab. Later on, it was transferred to Delhi by the Supreme Court on Tytler's plea.