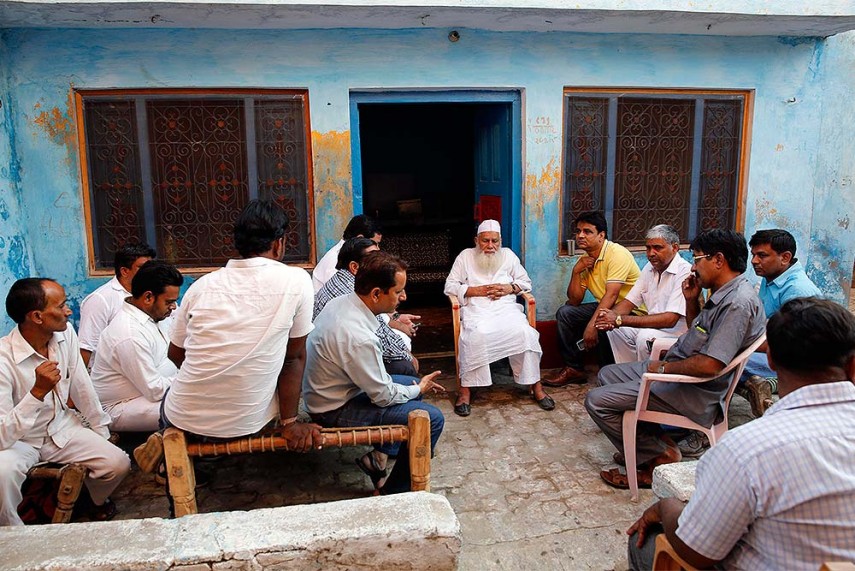 In a new twist in the Dadri Akhlaq murder case, a court today ordered registration of a case against his family for alleged cow slaughter.

Residents of Bishada village in Dadri had met the Gautam Budh Nagar SSP on June 5 to press their demand for registration of an FIR against Mohammad Akhlaq's family for alleged cow slaughter, following which he had ordered a probe into the charge.

SSP Dharmendra Yadav had said a case will be registered against the family only if the charge that the meat found in Akhlaq's home was beef was found to be true.

Akhlaq was killed by a mob on September 29 last year on the suspicion that his family stored and consumed beef at their home.

A foresic lab is reported to have said that the meat found in Akhlaq's home was beef.

"On October 8, 2015, we had sent the copy of the complaint to SSP, DIG and other senior officials requesting that an FIR be lodged for cow slaughter against Akhlaq's family. Then we had moved an application before the judicial magistrate's court under CrPC 156(3) for issuing directions to police to lodge the FIR," said advocate B R Sharma.

Sanjay Rana, the father of one of the accused, said, "The court has rightly ordered lodging of the FIR. The UP government was taking one-sided action. Now the court order has provided justice to other side too."

However, Jaan Mohammad, brother of Akhlaq, said the investigation should be fair.

"Whatever decision the court has taken is to be respected. We respect the judiciary. We do not have any problem with investigation but the investigation should be fair," he said.

Asked if the registration of a case was a setback to him, he said, "Yes, it is."