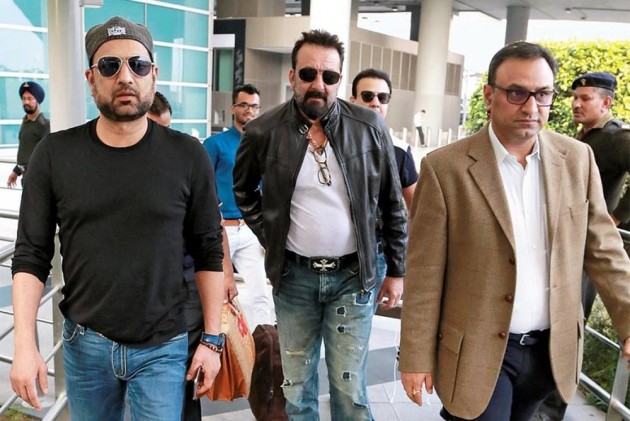 A magisterial court here issued a bailable arrest warrant against Bollywood actor Sanjay Dutt today for not appearing before it to answer a complaint of criminal intimidation filed by producer Shakeel Noorani.

Dutt, however, attributed his non-appearance before the court to a "communication lapse" between his counsel and those of Noorani and vowed to "rectify the situation."

"We had sought an arrest warrant against Dutt for non- appearance. The court has allowed our application," said advocate Neeraj Gupta, Noorani's lawyer.

The next hearing will be on August 29.

Noorani has filed a private complaint with the court demanding registration of a case against Dutt for criminal intimidation, which

Dutt had abandoned midway in 2002 a film, 'Jan ki Bazzi,' which he was producing, said Noorani in his complaint, adding the actor did not even return the money already paid to him.

In the meantime, he started receiving threatening calls from some underworld figures who asked him to withdraw the case, the producer alleged.

Earlier too a warrant had been issued against Dutt for non-appearance in this case, but he was granted bail.

Dutt, who was convicted under the Arms Act in the 1993 Mumbai serial blasts case, was released from the jail last year.

In a late evening, Dutt attributed his failure to appear before the court to a "communication lapse" between his counsel and those of Noorani.

"This case has been going on since long and the present situation has arisen because of the communication lapse between our lawyers and us.

"We respect the urgency shown by the honourable court regarding our attendance and we would take immediate measure to rectify the situation," said Dutt.

Continue FREE with Ads Pay Rs. 1 to Read Without Ads
READ MORE IN:
Sanjay Dutt National
Next Story : Jet Pilots' Body Directs Members To Not Fly With Expats In The Cockpit
Download the Outlook ​Magazines App. Six magazines, wherever you go! Play Store and App Store