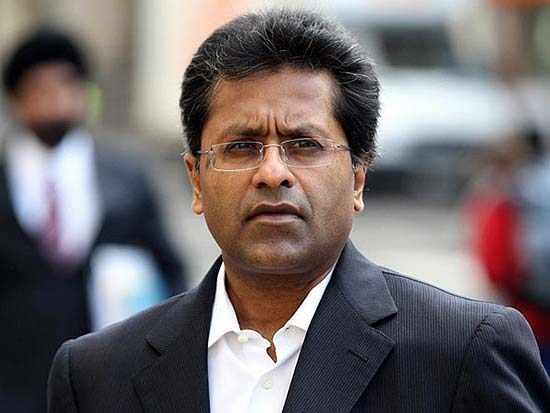 A special PMLA court here today allowed the Enforcement Directorate (ED) to send a Letter of Request (LR) to the British government for execution of a non-bailable warrant against former IPL commissioner Lalit Modi and his transfer to India for facing probe in a money laundering case.

The ED, in its application filed on November 8, prayed the court for issuing LR for the execution of NBW against Modi. The agency sought necessary steps to be taken by the competent authorities in the UK for locating him.

"The LR order will now be sent to the External Affairs Ministry, which will forward it to the competent authority in England for further action," said special ED counsel Hiten Venegoankar.

The agency is probing the case against Lalit Modi in connection with a 2008 deal between World Sports Group (WSG) and Multi Screen Media (MSM) for television rights worth Rs 425 crore for the Indian Premier League.

The Board of Control for Cricket in India (BCCI) had registered a case in Chennai in connection with the 2008 deal. This was followed by a case by the ED.

So far, three LRs have been issued against Modi by the same court to authorities in Singapore, Mauritius and UAE.

The court had issued a non-bailable arrest warrant against the high-profile former IPL boss, believed to be in the UK, on August 6 last year.

In 2008, after BCCI awarded IPL media rights for 10 years to WSG for USD 918 million, the WSG entered into a deal with Multi Screen Media to make latter's television channel Sony the official broadcaster of IPL.

While BCCI alleged irregularities and breach of contract in this deal, ED started a probe in 2009 under the Foreign Exchange Management Act (FEMA) to investigate allegations that payment of Rs 425 crore towards facilitation fee by MSM- Singapore to WSG Mauritius was made in illegal manner.

Continue FREE with Ads Pay Rs. 1 to Read Without Ads
READ MORE IN:
Lalit Modi National
Next Story : PIL Against Use Of The Word 'Dalit' By Media: HC Seeks Centre's Reply
Download the Outlook ​Magazines App. Six magazines, wherever you go! Play Store and App Store