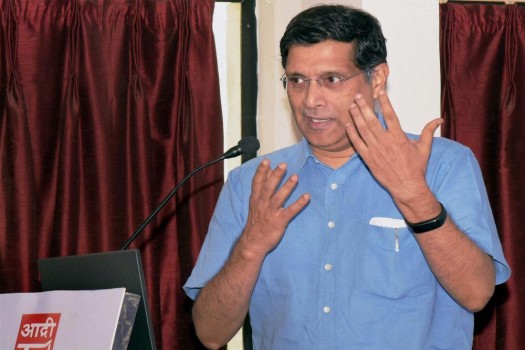 The country is poised to reach double-digit growth rate in the next three years even as its gross domestic product (GDP) increase was below expectations in the first quarter of 2016-17, Chief Economic Advisor Arvind Suramanian said today.

Stating that India has the potential to grow at the rate of eight to ten per cent, Subramanian said, "If we continue to do certain things that the government is doing and world economy picks up to a small extent, we can achieve double-digit growth rate over the next two to three years."

Elaborating on the growth rate, Subramanian who was addressing the Economic Survey Outreach programme at XIMB here, said the Centre has enacted a series of reforms in the last two years like passing of Aadhaar bill, bankruptcy law and now GST Bill.

This apart, the growth rate this fiscal will increase as there has been a good monsoon and a good export situation.

Drawing a parallel with China, Subramanian said, "Given the level of democracy, we are underperforming for the last 50-60 years and now we have the opportunity to become normal again and become a fast growing economy."

The growth rate in China, he said, will slow down if it does not open up politically as no country can remain an outlier forever.

"China's growth rate is likely to come down to about four–five per cent in next 10-15 years", the chief economic advisor said.