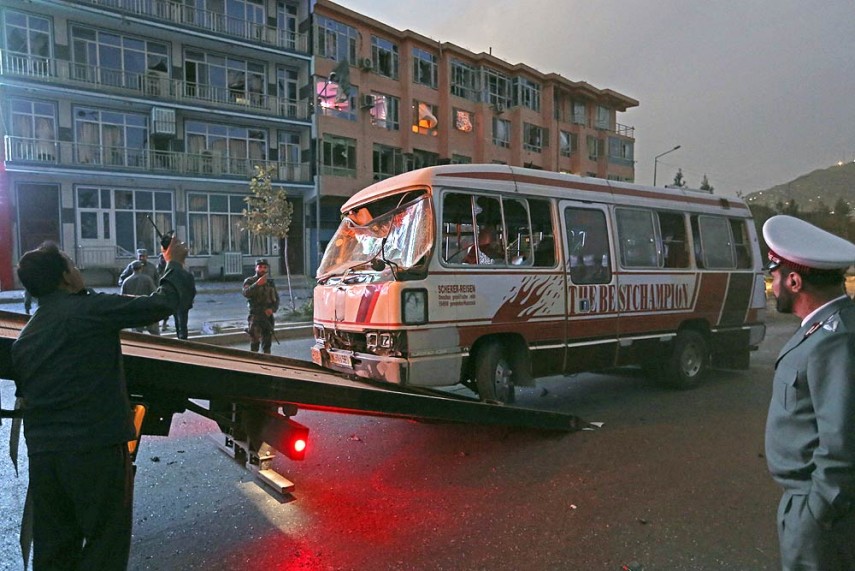 Finalising a counter-terror framework, ways to bring lasting peace to Afghanistan and boosting regional connectivity for the war-ravaged country's economic growth were some of the major focus areas during first day's deliberations at the Heart of Asia conference today, being attended by major regional and global powers.

The two-day annual conference, aimed at helping Afghanistan's transition, began in this holy city amid soaring tensions between India and Pakistan with speculation rife on whether the two countries will have a bilateral engagement on the sidelines of the conclave.

Being attended by nearly 40 countries and leading groupings like the European Union, NATO and Shanghai Cooperation Organisation, the annual conference of the Heart of Asia — Istanbul Process is deliberating on various challenges facing Afghanistan, including revival of a peace process in the conflict-ridden country.

Today, senior officials of 14 member countries, including India, China, Russia, Iran and Pakistan, and representatives of 17 supporting nations deliberated on a vast range of issues facing the region including its complex security scenario and ways to deal with threat of terrorism, radicalisation and extremism.

In the meeting, delegation from Afghanistan pushed for a regional counter-terror framework with binding commitment by member countries to effectively deal with the terror networks.

The country representatives also visited the Golden Temple and the Jallianwala Bagh.

Ahead of the conference, India and Afghanistan had called terror emanating from Pakistan as the "greatest threat" to regional peace and stability, and both the countries are set to press hard for adopting the counter-terror framework at tomorrow's deliberations.

Issues like enhancing Afghanistan's connectivity with South and Central Asian countries to boost trade were also discussed at the senior officials' meeting which was co-chaired by India's Foreign Secretary S. Jaishankar and Deputy Foreign Minister of Afghanistan Hikmat Khaleel Karzai.

The meeting has also finalised the text for the Ministerial Conference and is also deliberated on its Declaration which will have substantial portion on terrorism.

There was no clarity on a possible Indo-Pak bilateral meeting.

India had already made it clear that it would never accept continuing cross-border terrorism as the "new normal" in bilateral ties with Pakistan while making it clear that talks cannot take place in an atmosphere of "continued terror".

The conference, whose theme is security and prosperity, will also deliberate on major connectivity initiatives including Chabahar project, a five-nation railway project.

There may be deliberations tomorrow on TAPI (Turkmenistan-Afghanistan-Pakistan-India) gas pipeline project.

The platform was floated to encourage security, political

and economic cooperation between Afghanistan and its neighbours.

Amritsar, which is not very far from the Indo-Pak border, has been brought under a heavy security cover as a major international event is being hosted by the city for the first time in many years.