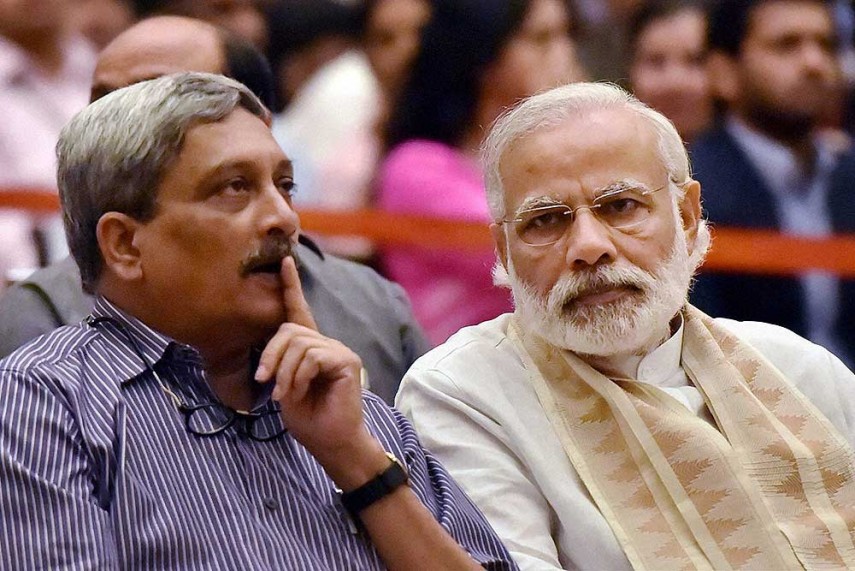 Defence Minister Manohar Parrikar today said he was on tenterhooks and could not sleep a wink the night the army carried out surgical strikes on terror launch pads in Pakistan-occupied-Kashmir on September 29.

"When surgical strikes were conducted, I could not sleep at night thinking what will happen if anything goes wrong. But the army displayed amazing courage and the mission was successful. The army did not give any chance to the enemy," he said at the inaugural ceremony of 62nd national convention of Akhil Bharatiya Vidyarthi Parishad (ABVP) here.

Parrikar said people "applaud" surgical strikes but they "applaud more" when India register a victory against Pakistan in cricket.

"People would dance and shower praise on players after a win over Pakistan though no cricket is being played between the two countries these days.

"It also caused worry as people would think what would happen to the players if India got defeated," he said.

Recalling his association with ABVP, he said he came in contact with it while working with the RSS.

"It was when the Emergency was imposed. The ancestors of people, who are talking about democracy these days, had throttled the country during the Emergency," he said.

In a veiled attack at Congress vice president Rahul Gandhi, Parrikar said "there are people who do not have a vision".

"Such people talk about setting up an 'aaloo ki factory'. But the country is fortunate that Narendra Modi is the prime minister, who has resolved to develop the country," he said.

Also, he said the best of the teachers should be selected for imparting higher education to students.