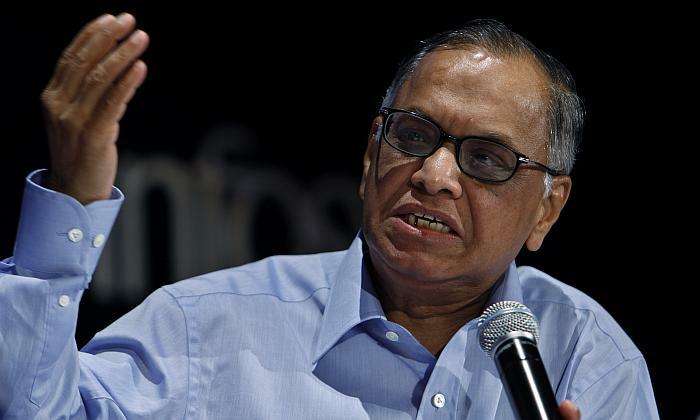 Infosys founder N R Narayana Murthy today expressed concerns that there is considerable fear in the minds of minority in India and wanted governments should bring back the sense of confidence in them.

"I am not a politician, I am not interested in politics, therefore, I don't want to comment on that but the reality today is that there is considerable fear in the minds of minority in India," he said.

He said there was also "considerable fear" in the minds of people of one region living in another region.

Citing the Shiv Sena campaign against the South Indians living in Mumbai in 1960s, he said, "Today there is a lot of that worry. I get lots of emails, I get a lot of people talking to me even though I stay at home because of my leg.

He told NDTV, "the first priority of this government, or for that matter any government, both at the Central level and the state level, is to bring back the confidence, the energy, the enthusiasm, the trust in the minds of every Indian that this is our country, I have all the rights here, I am very safe here and therefore I will work towards the betterment of India."

Participating in the programme, Minister of State for Finance Jayant Sinha said he agreed with Murthy but added that all citizens should be assured with statements by Prime Minister and senior leaders of the BJP and NDA as well as President Pranab Mukherjee that "constitutional rights are going to be protected, they are non-negotiable and inviolable."

"That is non-negotiable in our country and if there is any violation of the Constitutional rights, of these universal human rights, then the full force of law has to be applied so that we protect that.

"And if there is a sense that people are living in atmosphere of intolerance, then it should not be because we are not fully and 100 per cent in support of the Constitution. It is because the law and order situation is not allowing the people to explain themselves freely or do what they need to do to go about their daily lives," he said.

Murthy said it did not matter which government was in position. "This is true for the NDA government or the UPA," he said.

Referring to the murder of rationalist Kalburgi in Karnataka, Murthy said What happened to him is a great example.

"So I told clearly whether it is UPA, NDA, Congress, BJP; I am not interested in politics. I have no interest in politics. Therefore, I am not worried about what concoction of government is where. But the reality is we have to create an environment of peace, harmony, trust, enthusiasm, energy, etc.