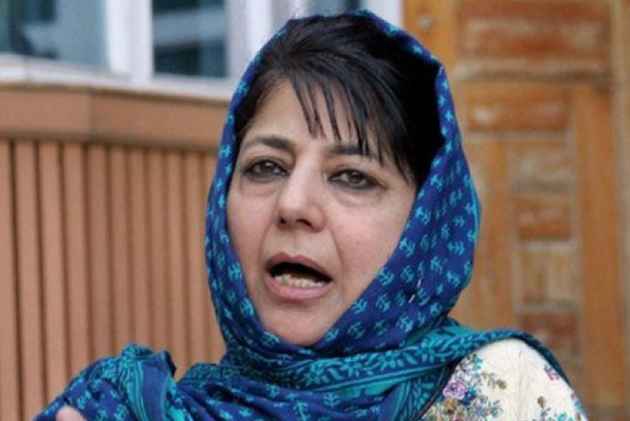 Jammu and Kashmir Chief Minister Mehbooba Mufti  on Friday said it was a "major achievement" for her government to attain a near unanimity of all sections on the implementation of GST regime in the state.

Addressing a meeting of district and zonal presidents of the Peoples Democratic Party (PDP) here, she said, "The apprehensions of certain quarters on GST were allayed and the special position of the state was reaffirmed and reassured in a presidential order, as the party has been standing for".

However, the Jammu and Kashmir Coordination Committee (JKCC), has called for a rollback of the presidential order, terming it an "eyewash", saying the government has totally surrendered its tax powers with regard to GST to the parliament.

JKCC is an amalgam of various trade bodies and civil society organisations opposing the implementation of the new tax regime in the state.

Mehbooba said the PDP was formed to strengthen democratic ethos in the state by providing an alternative narrative, thereby giving voice to sentiments of people.

The chief minister said every human heart felt bruised on hearing the inhuman act of violence against Amarnath pilgrims earlier this week.

"But it was reassuring to note that people of the state in one voice, irrespective of differences in ideologies, stood up to condemn the act and declared it against the Kashmiri ethos and culture. This not only failed the designs of the perpetrators of the crime, but also gave a befitting reply to them," she said.