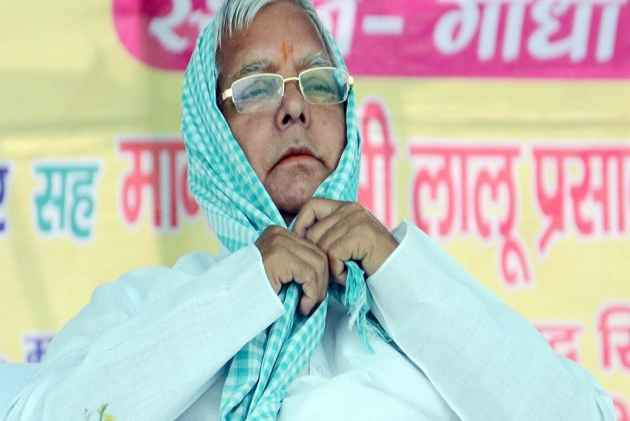 "News has come from various mediums of Sharad Yadav being unhappy with what Nitish Kumar has done. Any self-respected person would be unhappy with the same. Lalu Yadav's statement is worth welcoming. If he (Lalu) has plans to unite different forces against BJP, which has communal mentality and plays divisive politics then are is welcoming," Congress leader Sandeep Dikshit told ANI.

Samajwadi Party (SP) leader Naresh Agarwal spoke on the same lines, opining that it looked as if there was an attempt by the JD (U) to vanish Sharad Yadav's existence.

He further stated that Sharad Yadav's tweet exhibited that he is not happy with Nitish's decision.

"The investigation launched against Lalu with the intention of revenge makes it natural for him to initiate some or the other action.

Whatever Sharad Yadav has tweeted, it indicates that he is not happy with Nitish Kumar's decision. Nitish Kumar took the decision without consulting Sharad Yadav, who is a senior person. Looks like, there is an attempt to end Sharad Yadav's existence by the JD(U)," Agarwal told ANI.

"Nitish has tarnished the image of Ambedkar. I urge Sharad Yadav, whom we consider as a true leader, to travel to every corner of the country and come to Bihar and join our fight against the BJP and Nitish Kumar," Lalu had said.

"I talked to Sharad Yadav over phone. I appeal to him that come and go to every corner of the country, and take command of this fight," he added.

The RJD supremo further said that they are going to launch "Desh bachao, BJP bhagao" movement.

"There is a conspiracy to tatter the Constitution. In this light, we have called for a rally 'Desh bachao, BJP bhagao'. Nitish, who was elected to ward off fascist and communal forces, has betrayed the mandate of the people," said Lalu.