Congress Thinks Their Family Problem Is The Problem Of India: Centre 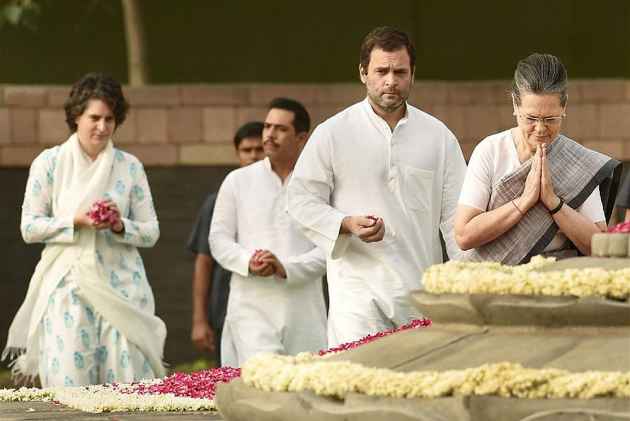 Print
A
A
A
increase text size
Outlook June 07, 2017 13:11 IST Congress Thinks Their Family Problem Is The Problem Of India: Centre

The Centre on Wednesday took on former prime minister Dr. Manmohan Singh for his 'economy running on one engine' remark, saying that India is moving forward with the help of a single and solid engine under the leadership of Prime Minister Narendra Modi.

"During 10 years of the UPA, two engines pulled in different directions and the country came to a standstill. Under Prime Minister Narendra Modi's leadership, India is now propelled by a single, solid, high powered engine moving towards the making of a developed India. That is the difference between the UPA and the NDA," Union Information and Broadcasting Minister M. Venkaiah Naidu told ANI.

Thanking Dr. Singh for acknowledging the single and high-powered engine of the Centre which has the single purpose of making India a developed nation.

Expressing concern over the decline in the Gross Domestic Product (GDP) for fiscal 2016-17, Dr. Singh had said yesterday that the slump indicated that India's economic growth has slowed down sharply due to demonetisation.

"India's economic growth has slowed down sharply, driven primarily by the notebandi announcement of November 8, 2016. Gross Value Added (GVA), a true sub-measure of economic activity, has also experienced a steep and sustained fall," Singh said in a statement.

He further said that private sector investment has collapsed and the Indian economy is running on just one engine of public spending.

He added that the most worrisome aspect of all this is the impact on job creation, adding that jobs have been extremely hard to come by for the youth of the nation.

"The construction industry which is one of the largest employment generators in the country has suffered a contraction. This implies loss of millions of jobs for the nation's workplace," he said.

According to statistics, the GDP slowed sharply to 6.1 percent in the three months ending March 31. The GDP was 6.1 per in the January-March quarter, the immediate three months after the demonetisation was announced on November 8, 2016.

The data released by the Central Statistics Office (CSO) revealed that the Gross Value Added (GVA) slipped sharply to 6.6 per cent in the last financial year ended March 31, from 7.9 per cent growth in 2015-16.

The demonetisation seems to have impacted the Gross value added (GVA) in the third as well as fourth quarter of 2016-17 which slipped to 6.7 percent and 5.6 percent respectively, from 7.3 per cent and 8.7 percent.

Almost all sectors, with the exception of agriculture, showed decline in the aftermath of demonetisation. (ANI)