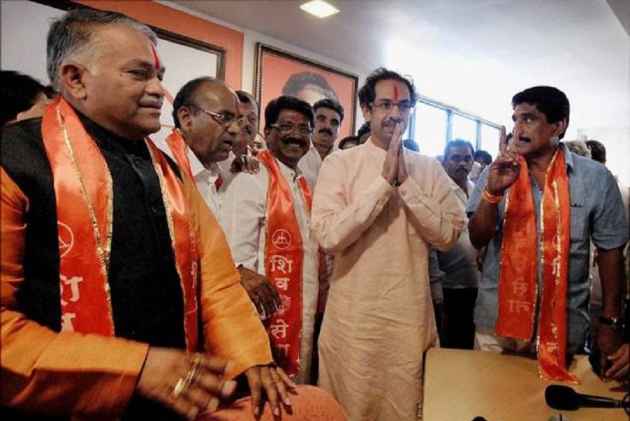 The Shiv Sena on Monday tore into the Congress for nominating Gopalkrishna Gandhi for the post of Vice-President of India and said the party needs to get their 'mental balance' checked after taking this decision.

"I just want to ask her that on what basis, the Congress has nominated Gopalkrishna Gandhi for the post of the Vice-President. He is the same man, who advocated for the mercy plea for Mumbai serial blast conspirator Yakub Memon," Shiv Sena leader Sanjay Raut told ANI.

"If they want Gopalkrishna Gandhi to hold a Constitutional position of the nation, then it is important to get their 'mental balance' checked," he added.

He even said the Congress should understand that nominating Gopalkrishna, who backed Memon, is like going against the nation.

Raut also hit out at Congress president Sonia Gandhi for her remark on the President, saying that the presidential poll is a fight against "narrow-minded communal vision".

"Who is narrow minded, I want to ask Sonia Gandhi. What is the definition of narrow mindedness? She should forget about Presidential election. Ram Nath Govind will have historic victory," he said.

India is casting its vote today in the Presidential polls 2017.

The Opposition has nominated Gopalkrishna Gandhi for the post of Vice-President, but the National Democratic Alliance (NDA) is yet to announce the name of its candidate.

The Vice-President election is scheduled on will be held on August 5. (ANI)