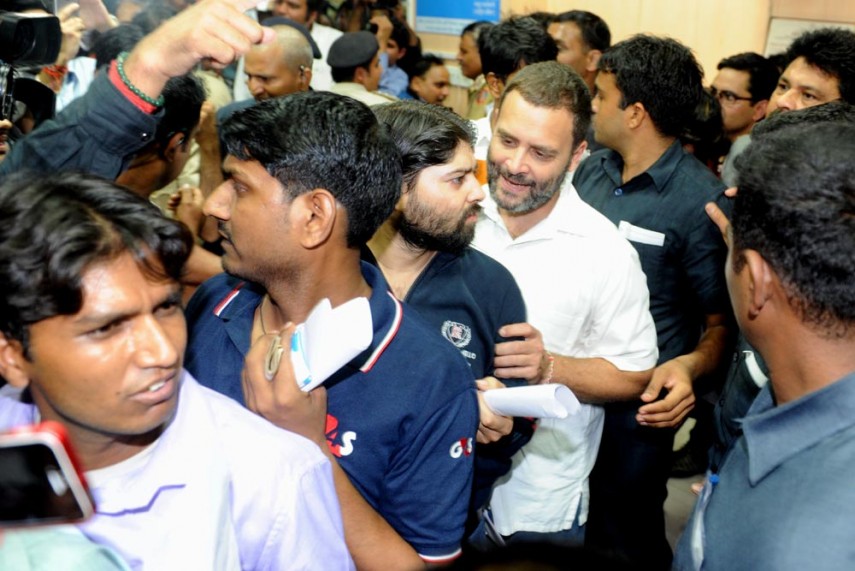 Soon after the RBI amended the rule that stated  'satisfactory' explanation will be required on depositing old currency notes worth more than Rs5000 in banks, Congress took a dig at the latest move and said that RBI is now 'Reverse Bank Of India'

Rahul Gandhi posted a picture of a huge traffic signal showing red, yellow, blue and a few other colours at the same time, on Twitter with the caption, "Government orders after demonetisation."

The Congress leader had yesterday also said that "RBI changes rules like the PM changes clothes."

He was commenting on the now-ammended decision of the government under which an amount more than Rs 5000 in scrapped currency can be deposited only once per account till December 30.

Earlier, the Prime Minister, while announcing the demonetisation decision on November 8, had said old Rs 500 and Rs 1,000 notes could be deposited in banks till December 30 without any questions asked.

Not just Congress, it seems like Twitter too, is going nuts with the recent RBI developmement on the demonetisation move.

Acclaimed journalist Madhavan Narayanan even resorted to calling the RBI, 'Rollback Of India'

Ofcourse, there were many others with their own innovations!

"Just shut up and print your own notes" - New RBI rule coming soon.

Continue FREE with Ads Pay Rs. 1 to Read Without Ads
READ MORE IN:
National
Next Story : Senior Bureaucrats Vying For The Post Of Sebi Chief
Download the Outlook ​Magazines App. Six magazines, wherever you go! Play Store and App Store