Congress Leaders Scindia, Bhuria Detained Along With Supporters On Their Way To Mandsaur 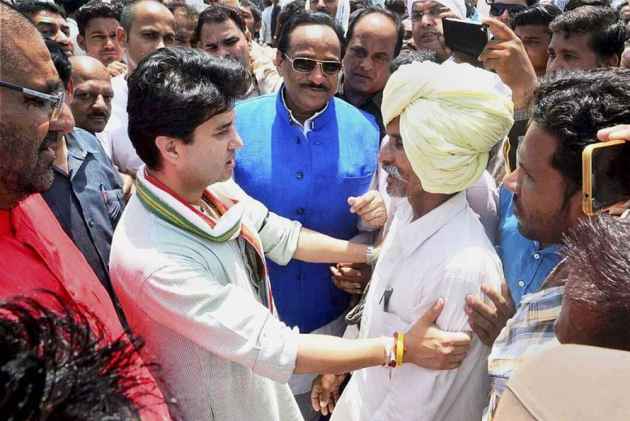 Print
A
A
A
increase text size
Outlook June 13, 2017 17:00 IST Congress Leaders Scindia, Bhuria Detained Along With Supporters On Their Way To Mandsaur

Congress leaders Jyotiraditya Scindia and Kantilal Bhuria, along with a large number of their supporters, were detained at the Nayagaon-Jaora toll booth on their way to the neighbouring Mandsaur town to meet the kin of farmers killed in police firing.

Ratlam SP Amit Singh said, "We have already informed the Congress leaders that section 144 has been imposed in Mandsaur and therefore, they would not be allowed to visit the town."

Before their detention, the Congress leaders and their supporters staged a sit-in at the toll booth demanding that they be allowed to visit Mandsaur.

Scindia said that if section 144 has been imposed then he would go there alone. "Why the police is preventing me from going to Mandsaur? This is 'Hitler'shahi," he said.

Meanwhile, Scindia's supporters burnt an effigy of Chief Minister Shivraj Singh Chouhan in Guna, the constituency of the Congress leader, and courted arrest.

The farmers' protest in Madhya Pradesh, which began on June 1, took a violent turn on June 6, when five of them were killed in police firing at Mandsaur.

Subsequently, bandhs and arson were witnessed as the agitation spread to other districts of western Madhya Pradesh including Neemuch, Dhar, Ratlam and Jhabua.