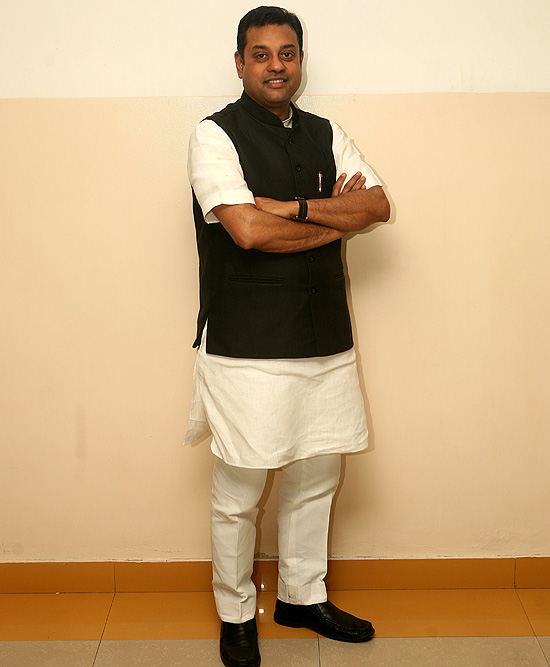 Taking a swipe at Rahul Gandhi, BJP today said his speeches cause tremors within Congress and not outside and alleged that he wanted to run Parliament as per his whims, in the same "arrogant" way he runs his party.

"Parliament will run as per the Constitution not on his arrogance," BJP National Secretary Shrikant Sharma said accusing the Congress of holding Parliament to ransom.

The ruling party hit back at the Congress Vice President after he alleged that he was not allowed by the government to speak on demonetization in Parliament. Rahul said he will reveal in the House the reason behind demonetization, which he dubbed as the "biggest scam', and added that speech will bring an "earthquake".

"Those who are shaking after the assault on blackmoney... those who have been at the epicentre of scams for 60 years talk of earthquake today," BJP spokesperson Sambit Patra tweeted.

"Our party is not afraid of him or his speeches, we are ready to listen to him but he should not run away when we respond...Actually these days Mr Rahul Gandhi is annoyed his party is losing everywhere especially after he started handling affairs of the party," Union Minister and BJP leader Ravi Shankar Prasad said.

Prasad added that the public are supporting the government's step against black money.

In a dig at Rahul, BJP leader Smriti Irani said, "Rahulji thinks too highly about his oratory skills and he himself knows how much his speeches appeal to the people...As far as tremors are concerned. I think when he speaks there are tremors within Congress not outside."

The Union Textile Minister added that Parliament is a platform for discussion and deliberation, so Rahul is welcome to speak but the opposition should allow the house to run.

Proceedings of both houses of Parliament have been stalled from over two weeks now due to continuous uproar over the issue of demonetization.

Latching onto President Pranab Mukherjee's denouncement of disruptions of Parliament's proceedings, Sharma said from "'gram pramukh' (village head) to the President, everybody is angry with Congress".

"Over Rs 9 crore is reportedly spent daily on running Parliament and Rahul Gandhi should count how much public money Congress has wasted by paralysing it since the beginning of the session on November 16. The government has been keen on a debate from the day one," he said.

"He is making all kind of petty remarks for headlines. He is practising TRP politics and competing with Arvind Kejriwal," Sharma alleged.

"...Taking action against black money and corruption, is it foolish or keeping quiet or being silent or collaborators of those scams and scandals was foolish," he said.