Congress Distances Itself From Khurshid's Remark on Balochistan 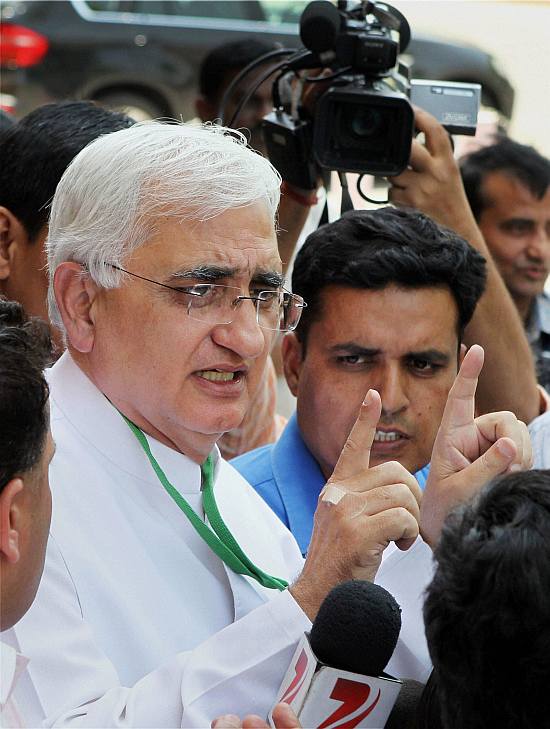 Print
A
A
A
increase text size
Outlook August 15, 2016 23:26 IST Congress Distances Itself From Khurshid's Remark on Balochistan

Congress today distanced itself from the remarks of its senior leader Salman Khurshid on Prime Minister Narendra Modi's reference to Balochistan in his Independence Day address, terming them as "his personal view".

The main opposition party, however, asked the government to raise the issue of alleged atrocities in Balochistan and PoK in bilaterals with Pakistan as also at international forums.

"Congress does not subsribe to the statement of Salman Khurshid who is a senior leader. He can have his own opinion. Our view is very, very clear. Congress party believes there are serious human rights violations in Balochistan and the voice of democratic dissent is being suppressed by Pakistani forces and agencies. Similar human rights violations are being committed by the armed forces of Pakistan in PoK which is an integral part of India.

"All such issues need to be raised and need to be sorted out. We suport the government. However what is Modi going to do for taking up these issues on a bilateral forum with Pakistan so that suppression of democratic dissent in Balochistan and PoK come to end and what he and his government are going to do about raising these issues on international forums," the head of Congress' communication department Randeep Surjewala said.

He said the nomenclature PoK means that the territory is an integral part of India and Kashmir's accession to India is an issue which was settled decades ago.

Surjewala said Pakistan had attacked and occupied a part of Jammu and Kashmir which was integral to India. "This issue needs to be sorted out and it can only be sorted out in favour of India," he said.

The Congress leader criticised the PDP-BJP government for the turmoil in Kashmir.

The PDP-BJP government's "lopsided policies and blind lust for power" were responsible for the situation in Kashmir, he alleged.