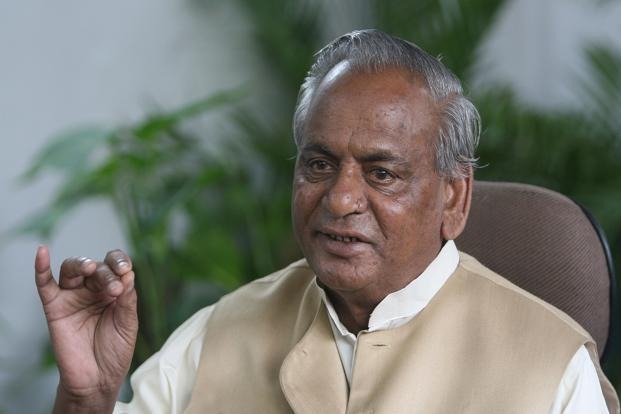 A Congress delegation met Rajasthan Governor Kalyan Singh and demanded a CBI probe into the lynching of Pehlu Khan in Alwar district, allegedly by cow vigilantes.

The delegation, led by Rajasthan PCC chief Sachin Pilot, met the governor and handed over a memorandum.

"Pehlu Khan (55) was beaten to death on April 1 in Alwar by a mob of gau rakshaks and there should be a CBI probe into his death," the Congress leaders demanded.

While expressing concern over the deteriorating law and order situation in the state, Pilot said that criminals are roaming scot-free under the BJP rule and their confidence is high just because the government is negligent.

"The functioning of police and the statement of the state home minister present bad examples," he said.

The PCC chief also expressed surprise over the silence of Chief Minister Vasundhara Raje on the issue.

Rajasthan Home Minister Gulab Chand Kataria had earlier said the people intercepted by cow vigilantes in Alwar did not have transit permit.