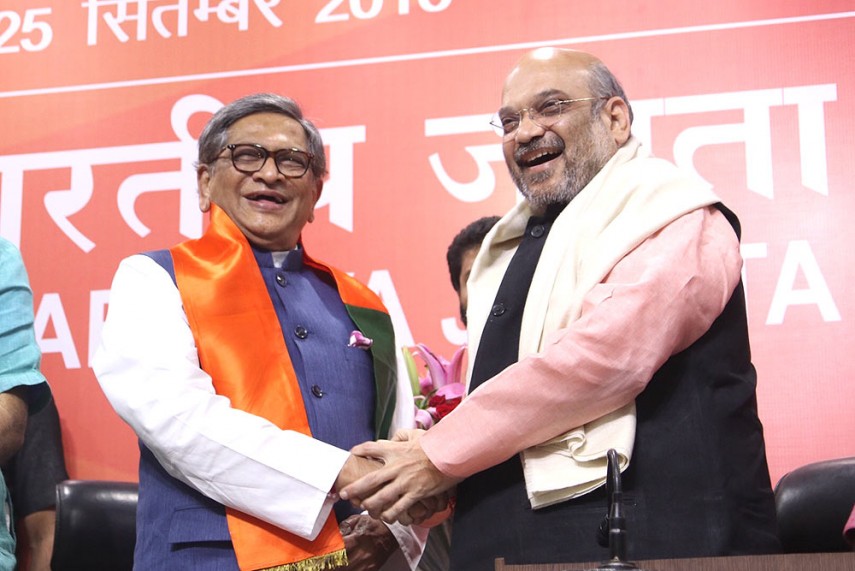 Congress veteran and former Karnataka Chief Minister S M Krishna, who had quit the party in Jaunary, today formally joined the BJP at its headquarters here.

He joined the BJP at a programme in the presence of party chief Amit Shah and other key leaders.

Praising Prime Minister Narendra Modi and Shah, he said "they have taken the country to great heights."

"I am grateful today that I am joining the party which was led by the great leaders. I see great India emerging under the leadership of Prime Minister Narendra Modi and ably supported by the party President Amit Shah," he told reporters after joining the party.

Krishna said that these two leaders "have taken the country to great heights and this is not an exaggeration."

Earlier this year, Krishna has resigned from the Congress and also served as the Karnataka Chief Minister between 1999 and 2004.

He had also served as the Maharashtra Governor and even had a stint as the country's external affairs minister during the UPA government.