Cong First Offers Support to AAP, Then Taunts It 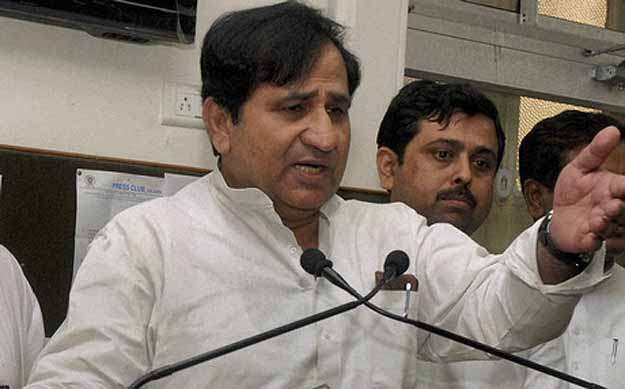 Print
A
A
A
increase text size
Outlook December 10, 2013 19:27 IST Cong First Offers Support to AAP, Then Taunts It

As uncertainty loomed large over government formation in Delhi following a hung verdict, Congress today first indicated its willingness to back the Aam Aadmi Party but later taunted it saying Arvind Kejriwal should join hands with BJP to fulfil his promises to the people.

The mixed signals started with AICC General Secretary in-charge for Delhi, Shakeel Ahmed stating, "A number of senior leaders of Delhi are of the opinion that we should give unconditional support to AAP to form a government. They believe that we should extend outside support to it.

"But we are talking to MLAs from the state. Their opinion is very important. Once we take their opinion, we will apprise the party high command about it."

The eight elected Congress MLAs also had a meeting with Ahmed. After the meeting, the legislators said they will abide by the decision taken by the party leadership.

However, later at the party briefing, Congress spokesperson Raj Babbar said that the voters of Delhi in their verdict have pushed two parties to the door of power- BJP and AAP and both should abandon their strategy to sit in Opposition and impose another elections on people.

"BJP and BSP have also formed government in past. They (BJP and AAP) should form a government and fulfil the promises they had made. What is better for people if they are provided power at a tarrif less than 30 to 50 percent from the existing, if they get 750 litres of water free. The priority now should be there to fulfil the promises that were made," he said.

Arvind Kejriwal has already ruled out giving any support to BJP for the purpose and termed as "personal opinion" the remarks of party leader Prashant Bhushan, who told a TV channel last night that AAP may consider supporting BJP if the party gives AAP in writing that it will pass the Jan Lokpal Bill.

"We cannot support BJP or Congress as AAP was formed as an alternative to them. People have supported us so that we can establish an alternative politics in the country," Bhushan clarified today.

"My personal opinion is that the Congress should unconditionally support them so that they (AAP) can form the government and deliver promises to the people on power, water and other issues," Haryana Chief Minister Bhupinder Singh Hooda said.

Ever since debutant AAP's spectacular show in Delhi polls, Congress has gone soft on Kejriwal's party. Rahul Gandhi had said on Sunday that AAP involved a lot of people which was ignored by traditional political parties and "we are going to learn from that".

A known detractor of Kejriwal, Congress General Secretary Digvijay Singh has termed AAP's victory as "something good for the electoral politics of democratic India".

At the AICC briefing, Babbar dismissed Kejriwal's suggestion that Congress and BJP should join hands to form the next government in the state.

"We do not know what is the idelogy of AAP. Congress is more than 125-year-old party. We have never made any compromise with secularism," he said.

To a question whether Congress will support AAP, Babbar, a cine star turned politician quoted a Hindi song "Begaani Shaadi Me Abdulla Diwana" suggesting that Congress has no role in it.

AAP has already ruled out taking support from Congress and as such despite a section in the ruling party being in favour of supporting Kejriwal's party to form a government to keep the BJP at bay, there is no forward movement on it in absence any demand of support.